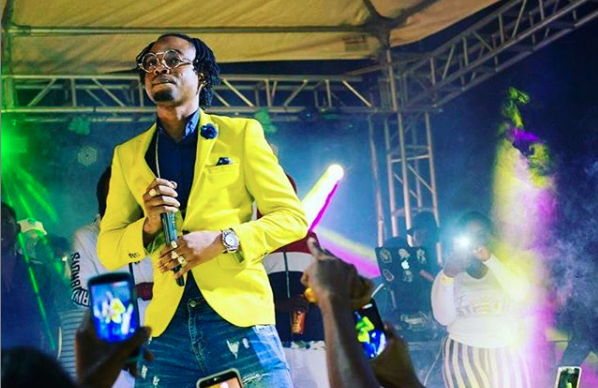 Rygin King is looking to cash out on the new publicity.

On Friday, May 3, the Montego Bay-based Dancehall deejay rolled out a brand new track “Clean.”

Rygin King has been the target of trolls who are taking aim at his intelligence since the start of the year. The viral ‘Dunce’ memes highlights unique words and phrases used by the “Tuff” deejay during his Instagram live videos and interviews, however that’s not stopping him from from dropped new music.

Last week, the “Tuff” deejay uploaded a behind the scenes photo from his upcoming music video thanking his fans for their continued support. Rygin King also called out ciritics saying they only use his name for clickbait.

“So many places to be; so many things to do… I just want to say respect to one and all??when them page nuh hot, a my name them call!?some #tuff music a forward with some bad visual mi fans #staywoke,” he wrote.

Rygin King recently linked up with G VIEW TV to address a slew of issues including him not being a member of Squash’s 6ixx camp, his “Fully Dunce” movement and viral ‘felt out of school’ statement.