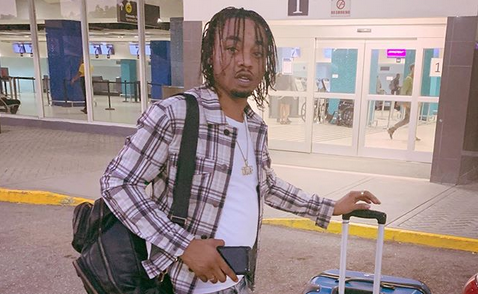 Rygin King has been forced to cut his European tour short due to the Coronavirus.

The Dancehall superstar has cut his European tour short after several dates got canceled due to the Coronavirus pandemic.

“The shows in Italy and France have been canceled. It appears all of the reggae festivals for the summer have been canceled; this pandemic ah go like yellow fever. This change the whole world,” Rygin King’s manager, Rohan Ramsay said.

The tour had been going well, with the deejay performing to sold-out shows in Switzerland, Germany, and Amsterdam.

The tour was scheduled to run until March 15, with the last stop being in Helsinki, Finland. Among the canceled dates include stops in Italy and France. The deejay has also been forced to cancel his trip to Accra, Ghana, which was set for March 21.

The deejay pandemic has also complicated the deejay’s travel plans, with limited flights being available to Jamaica.

“We’re trying to get a flight to leave the Netherlands on Tuesday and head back to Jamaica. We’re going to drive to Brussels in Belgium and get a direct flight into Jamaica,” Ramsay said.

The Coronavirus has wreaked havoc in Europe thus far, with countries such as Italy fairing the worst. Earlier this week Italian officials reported that the death toll had reached 1,441 while the French authorities report that the country is getting ready to close all cafés, restaurants, clubs, and cinemas.

I-Octane Hits Back At Critics After Shedding The Pounds