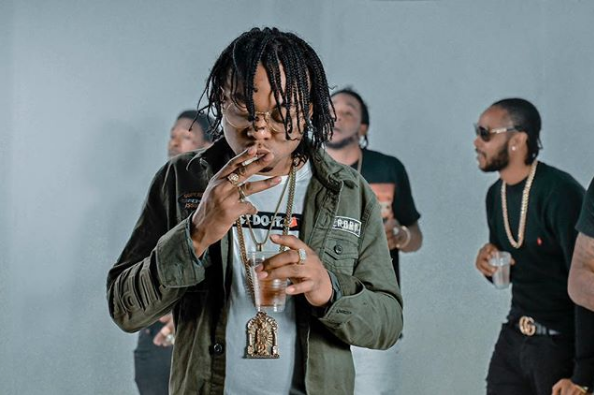 Rygin King is back with a brand new single titled “King Nah Leave.”

The “Tuff” deejay has once again partnered with his long-time producer Tip God to drop another new banger.

In the track, the deejay hails his day one friends and supporters who motivated him to “step out” and be successful.

“A thousand shall stand by your side – a hundred may fall by your right hand / but no matter wa hurt beside me still have belief cause man a lion in the jungle dem a python,” he spits in the track.

The song features a smooth yet infectious beat, that is sure to capture its listener’s ear with its chords. It notably maintains a calm yet inspiring mood throughout the 2 minutes and 46 seconds of the song.

Since its release, the track has racked up over 113,000 views and 7,000 likes on Youtube. It is also currently the No.5 trending song in the region.

Fans are already gravitating to the single, with many praising the deejay’s latest effort on social media.

“This track is powerful, neva sell out weh dem a tlk bout, Naa leave mi real dawg dem out,” one fan commented. Another fan also gave it their stamp of approval saying “Dis a de king mi a chat bout ..need bk some a dem tune ya.”