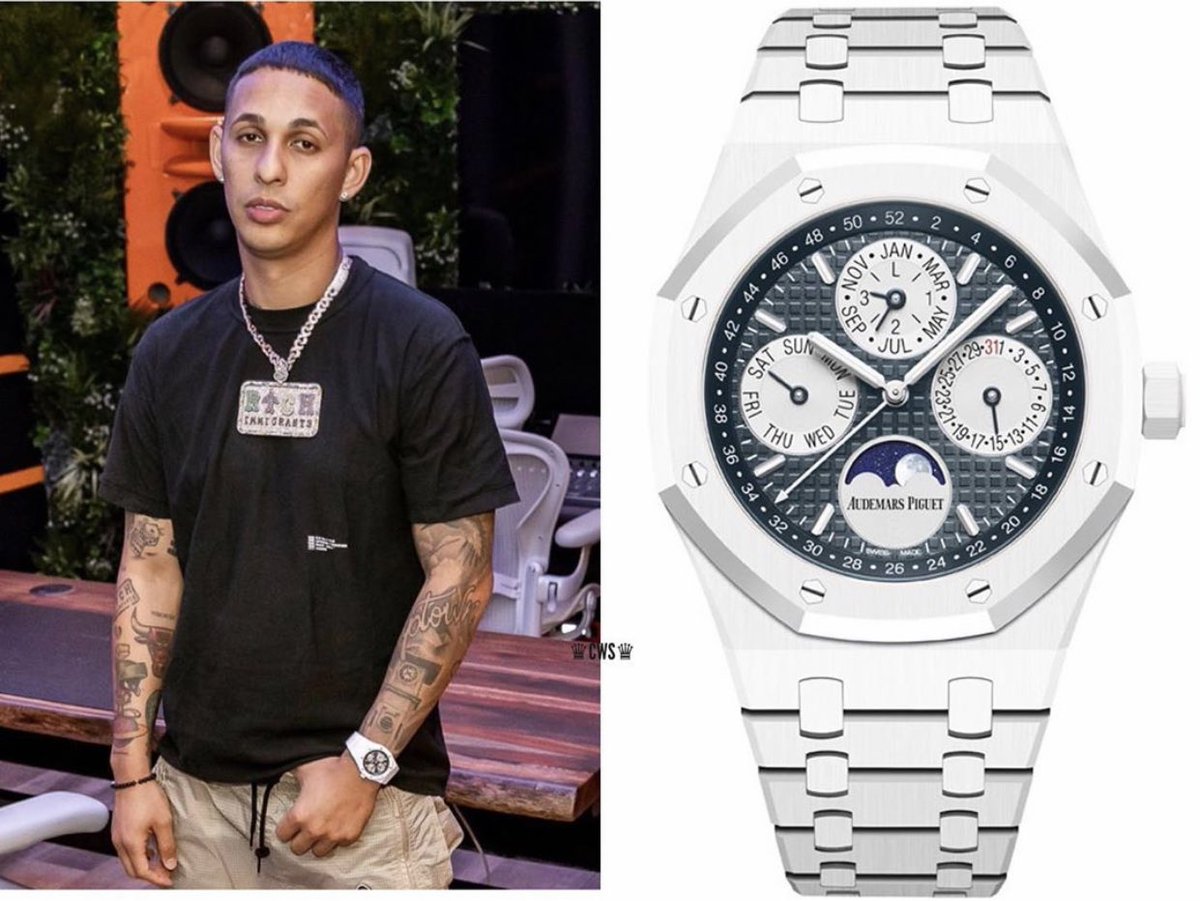 The international producer, recording artiste took to social media on Thursday to share images from this studio dubbed “The Garden”, however his watch took the show.