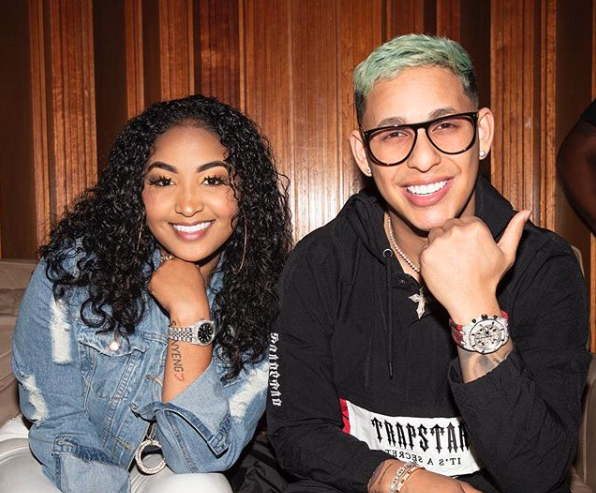 Rvssian is defending Shenseea against the savage Dancehall critics on social media.

The international producer is the mastermind behind the “ShenYeng Anthem” singer’s new collaboration “Blessed” with rapper Tyga.

Following its release earlier this week, Shenseea has been getting a lot of negative comments from Dancehall fans and Rvssian is sick and tired of the trolls.

In a lengthy comment on Instagram in response to Skatta Burrell stated that Jamaicans should support their artistes more, Rvssian defended Shenseea while sharing his own experience will badmind in the local music industry.

“Dutty badmind people Suck dem madaaaaaaaaaaaa. Cause few year ago when me say me a go chase my dreams and do more than be a dancehall producer. Cause no one can put me in a box. Box a fi dead people… n most a dem dead by never stepping out of the box and challenging themselves to go further,” Rvssian wrote. “If I followed most a them I’d never be where I am. And God bless me to follow my dreams and take the RISK.”

“Because nothin guaranteed. But once u put u all into something and work smart. U will always prosper. Nuff a dem did have me as a sell out but when the ting work and blossom. They all say “yo him a dweet”. Or “Me love how u tek d ting to next level – goals/ inspiration”. Pussy dem.”

Rvssian promised to use the negativity to fuel his career along with Shenseea to do positive things in the music business.

“Keep the hate. More clicks and views. Shenseea will be one of the biggest musical stars in this world. Hate it or love it.. but I will give her career my 100%. And we all know I don’t stop until I get where shit needs to be. Btw haters. I wrote this one sitting in my 430,000 usd rolls Royce truck,” he continued.

#Rvssian with a message from his new #RRTruck. Where are you reading this comment? ? #Shenseea #ImAtTheBusStop