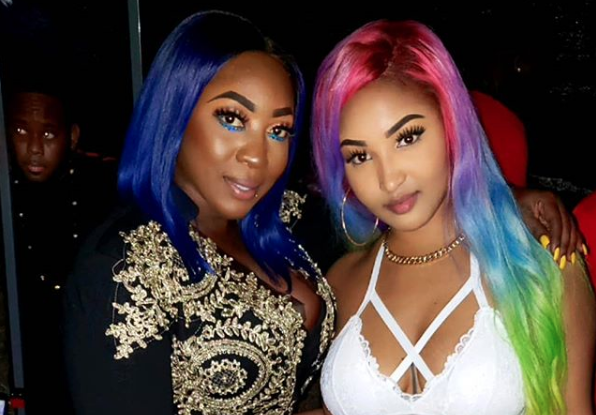 Spice’s former friend and spiritual advisor RT Boss claims he was the one that advised her against collaborating with Shenseea.

According to RT Boss, Shenseea’s management team reached out to the Queen of Dancehall for them to do a track together, however he shut it down.

During one of his Instagram Live sessions, he recounted that Spice shelved a request from Romeich. “Romeich ask fi a collab from Shenseea and all now Spice can’t give Shenseea. Me never approve that, me never think it fit fi do the collab,” he said.

RT Boss, continued by sharing the advice he provided to Spice may have been wrong. “Me loyal to the game, me say you no suppose to give her no collab…because at the time it didn’t make no sense,” he confirmed.

Meanwhile, he prophesied that Shenseea would be walking away with a Grammy in the future. “The reason why Shenseea go get the Grammy is because Spice have a dutty mind and Spice is very ungrateful,” he explains.