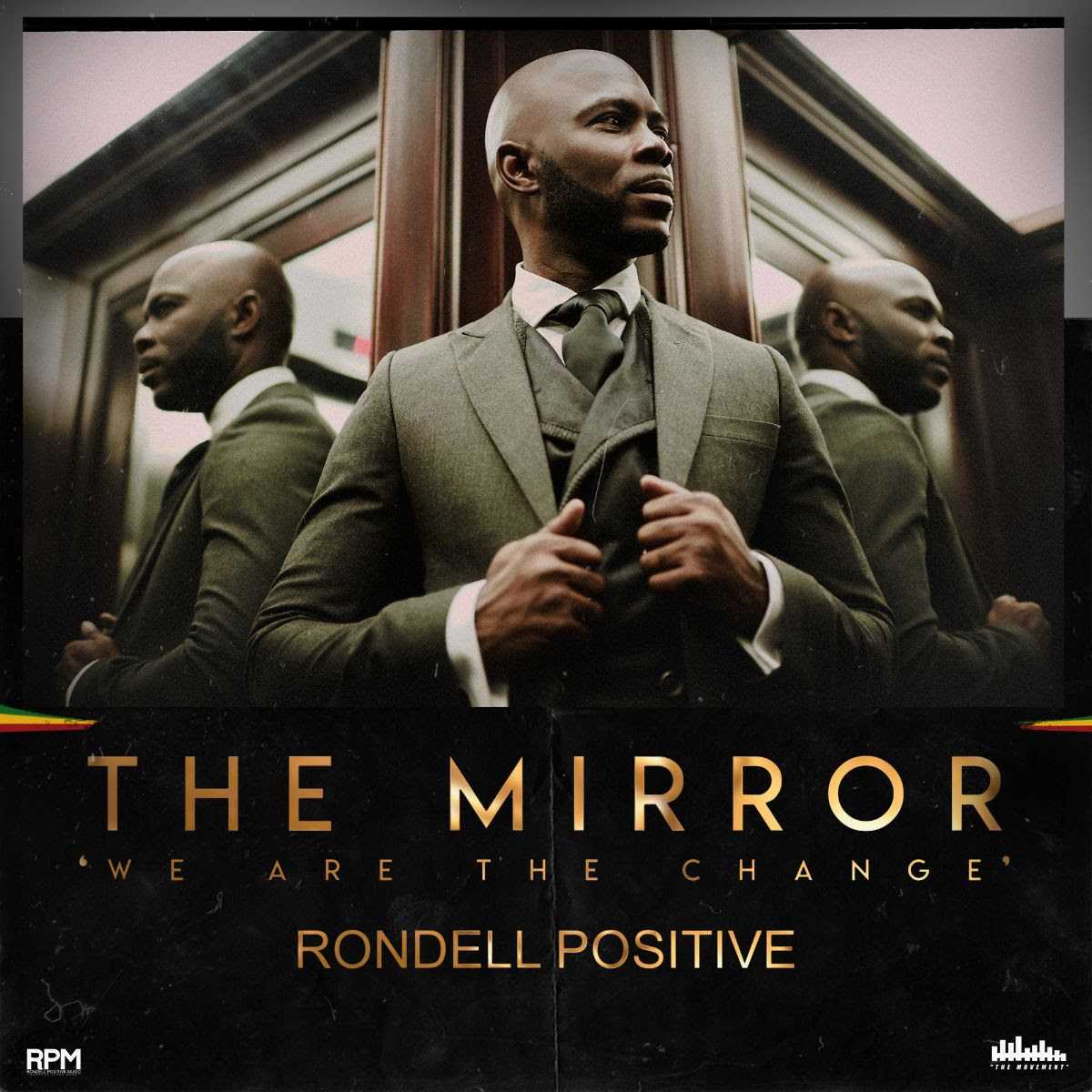 Inspirational singer Rondell Positive known for penning some of the most efficacious gospel anthems perpetuating the diaspora have returned with another hit-bounded composition titled ‘The Mirror’. Reminiscent of Bob Marley’s ‘One Love’ and Michael Jackson’s ‘Man In The Mirror’ the song is a clarion call for people to look introspectively at themselves and become the change they want to see in life and society at large.

According to Rondell, the impetus for the compelling song spawned over a decade earlier during a mentoring session at an academic institution dubbed ‘Girls Day’. The focus of the engagement was self-reflection by looking in the mirror. Amid taking a hiatus from the project to focus on other aspects of his life he never lost sight on the need to complete the aforementioned and at the close of 2019 rehashed the recording.

“I went to a high school to speak to a group of students in 2014, and it so happens that one of them was at the ‘Girls’ Day’ in 2009 (she was a grade six student then) and she said to me, ‘that very day I made the decision that no problem I have, I will look to anyone to solve it because I realised I am the person who has to answer the problems I face’, and it hit me,” Rondell Positive explained. “Fast-forward to 2019, the second verse of the song became clear and I completed it.”

Rondell continued, “After completing the project I said to myself this is something special and what better way to release it than on my Birthday (February 5). Since the release, the feedback has been overwhelmingly positive with several noted members of the various classes in society thanking me for doing what they consider an apposite song for the times when many within our society seem so lost and misguided.”

For the inspirational hit-maker, ‘The Mirror’ is more than merely a worship song that connects with a wide audience, citing that more importantly “We are the change we want to see, we can change the world, but it takes you and me”.

Currently rolling out an aggressive promotional campaign around the project including a launch and island-wide tour, Rondell Positive states that it’s not about him or any kind of a popularity contest, “it is about setting my nation on fire to impact the world,”. “Based on the nature of the song, I believe it’s a new beginning in my life, and that’s what I hope for every person that hears the song.”