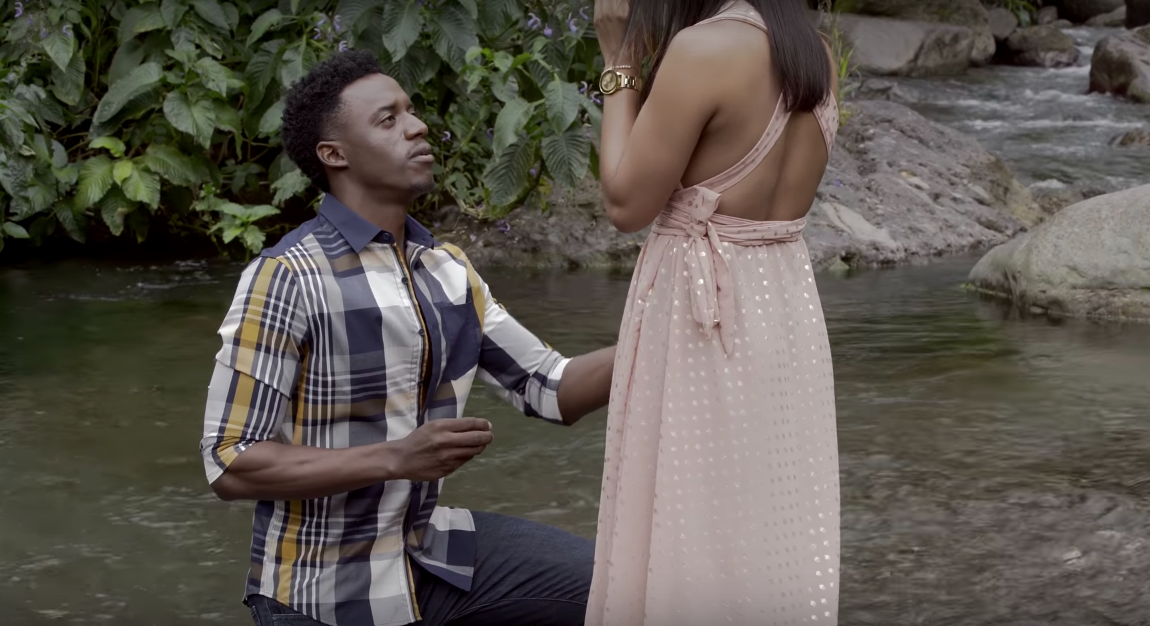 Romain Virgo has released the official music video for his romantic single titled ‘In This Together.’

The Reggae singer shares a very special moment with his fans as the Gareth Daley (GD Films)-directed visuals is also the proposal video for Virgo and his longtime girlfriend Elizabeth.

ZJ Ice Gets Engaged After Girlfriend Pops The Question

Track number four on Romain Virgo’s new ‘LoveSick’ album, ‘In This Together’ is produced by Donovan Germain of Penthouse Records for VP Records.

Watch Romain Virgo’s ‘In This Together’ (Proposal Video) below.