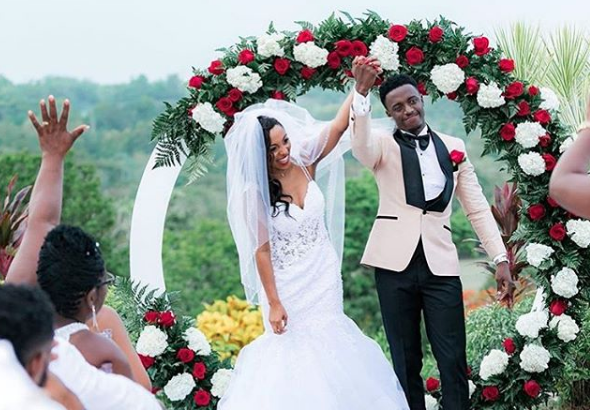 The Jamaican power couple celebrated their first wedding anniversary on September 21st after they secretly tied the knot last year.

Shortly after Romain Virgo uploaded their first very public wedding photo, a slew of images have since flooded our timelines. The “Stay With Me” singer later uploaded an adorable video of their ceremony.

The Tropixs first reported their nuptials after the two went viral when Romain Virgo shared his proposal with the release of his music video ‘In This Together.’

In the touching video, a nervous Virgo revealed that he would be using their first official photo shoot as a couple to ask the life-changing question.

“Hello, world. today I’m the most excited and nervous human being in the world. Today I’m getting, mi nearly say married,” he laughs in the video’s intro. The video then segues into behind-the-scenes footage of how the couple prepared for the shoot.

In the middle of the shoot, in a river scene, the ‘LoveSick’ singer gets down on one knee and asks his girlfriend to be his wife. An overwhelmed Elizabeth couldn’t hold back tears as she said yes to Virgo.