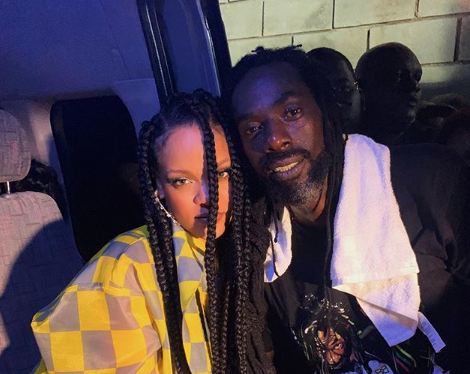 Rhianna announces her reggae-inspired album ‘R9’ will be worth the wait.

After catching up with Entertainment Weekly’s Rachel Smith, Riri, expresses how she has been handling quarantine, her new skincare line Fenty Skin and her 9th studio album. “I am always working on music,” she said.

The Bajan bombshell continued by saying, “When I’m ready to put it out in the way that I feel fit, it’s gonna come out. You’re not gonna be disappointed when it happens. It’s going to be worth it. I am not just gonna put it out just because people are waiting like it’s taken this long and I’m gonna make it worth it.”

During a Vogue magazine in 2019, Rhianna revealed that her album would be reggae inspired. Since her double-platinum release called “Anti” in 2016, she has not released and album since then.

The release date of the album has not been disclosed to public as yet. What we do know is that most of her Instagram posts has been about Fenty Skin, her new skin care line.