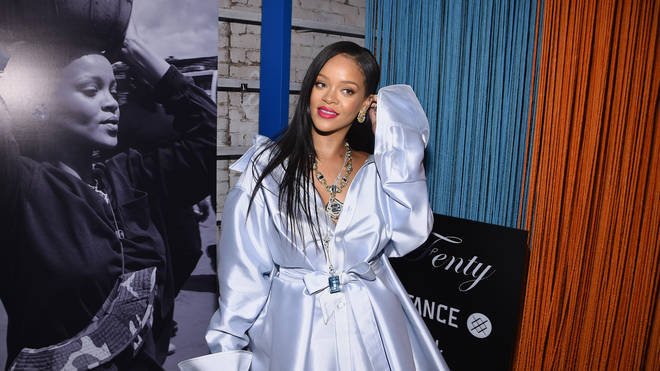 Rihanna’s Dancehall album is in full swing and Jamaicans are benefiting for the highly anticipated project.

According to sources, the Bajan pop star has 500 songs to choose from for the album.

RihRih has already confirmed she is in the studio working on the follow-up to 2016’s ‘Anti‘ and teased the album might be out by the end of the year.

Sources have told Rolling Stone that Rihanna is working on two records – a dancehall album and a pop album. The dancehall record is said to have some of the biggest producers and singers in the genre attached to it, with the likes of R. City (Rihanna, Beyoncé), Stephen “Di Genius” McGregor (Vybz Kartel, Sean Paul), Linton “TJ Records” White (Serani, Vybz Kartel), Kranium, Chronixx, and more submitting material. One producer added Skrillex and Boi-1da had also been involved in sessions.

Producers said the star and her team had collected a large number of demos from Jamaican talent for consideration. One, who asked to remain anonymous, said: “[Rihanna’s team] have, no lie, 500 records for this project [from] different producers and writers. They’re only choosing 10 records. They’ve been having writing camps and trying to keep them quiet for almost a year and a half now. I’ve been flying to Miami, flying to L.A., cutting records nonstop for this project.”

Another source added: “Every artist, every producer, every songwriter in Jamaica or of Jamaican descent has been working on [Rihanna’s album] and has little snippets of publishing or production credits on it.” They said they thought her team had eight songs chosen “but her A&R is still asking for records.” A third source said they were looking for “one more [song].”