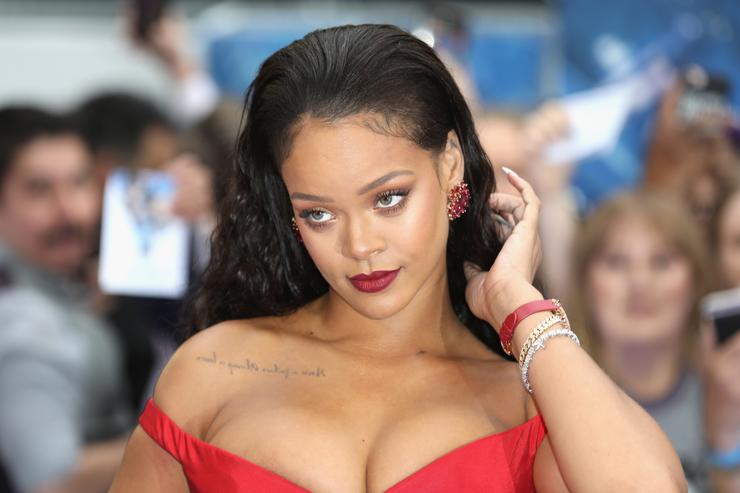 Rihanna is setting history without even trying.

In its 102 year history, British Vogue has not had a single black woman on its September issue cover. This gloriously gut-wrenching record will be broken in September because the new editor-in-chief of the magazine Edward Enninful, has chosen Rihanna for the honor of gracing the cover of their September issue— which he calls their “largest and most lavish of the year.”

The strong images see RihRih wearing a vampy lip and Christine Aguilera circa 2000 eyebrows, with a bold floral arrangement on her head. She’s used the opportunity as a bit of an advert for her products, wearing her own makeup on her face and her own Savage X Fenty range on her bod.