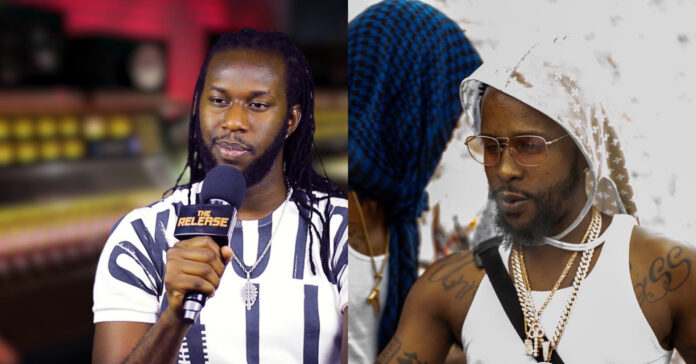 Buju Banton’s eldest son Markus is back in the news after allegedly dissing Popcaan in a leaked voice-note.

The popular Dancehall producer is once again in the spotlight after a leaked voice-noted began circulating on social media.

In the audio clip Markus is heard ranting “Fckry yuh a gwaan wid bredda… mi car need fi fix and yuh should a fix it”.

It is alleged that the message was directed towards the Unruly Boss, who he frequently collaborated with in the past.

The leaked message came just days after Popcaan dropped his most recent track, “Relevant,” which takes aim at fake friends.

In the track, Popcaan can be heard taking aim at friends who became enemies. Interestingly, there is even a cryptic line that speaks of a friend who switched sides and became jealous over a Mark X.

The two have collaborated on a number of Popcaan’s biggest hits including, Inviolable, Bulletproof, and Level Up.

D’Angel Says Her ‘Exposed’ EP Inspired By Her ‘Sexiness’