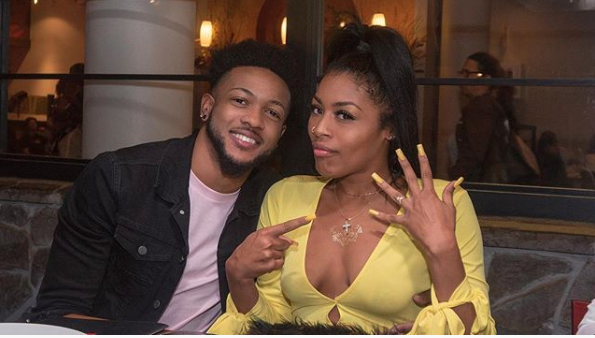 Inhalemee says she is no longer engaged to Prince Marni.

The popular Trinidadian dancer, whose given name is Denisha Burton, revealed on Tuesday that she is back on the market.

Burton, who got engaged with the Jamaican internet comedian, real name Anthony Grant back in March, says they are no longer together and their wedding is off.

“I am no longer engaged,” she wrote in a lengthy post uploaded to Instagram yesterday, “Don’t ask about my ring i am done f**king pretending.”

“Everything was a mother f**king life, [the] relationship [was] based on cheating worldwide,” she continued.

Inhalemee added that her longtime relationship with Prince was toxic and “sucked out all [her] drive and confidence.”

This isn’t the first time that cheating rumours came up. The two broke up briefly in 2017 and there was widespread speculation that him cheating on her led to the breakup after she shared a mysterious Instagram post: “Wanna have your cake and eat it to not with me boo #SelfLove#LadiesRespectYourself,” she wrote.

“Even after the ring you still had secrets damn,” she added.

Prince Marni is yet to respond to the accusations. His Instagram account is currently set to private.