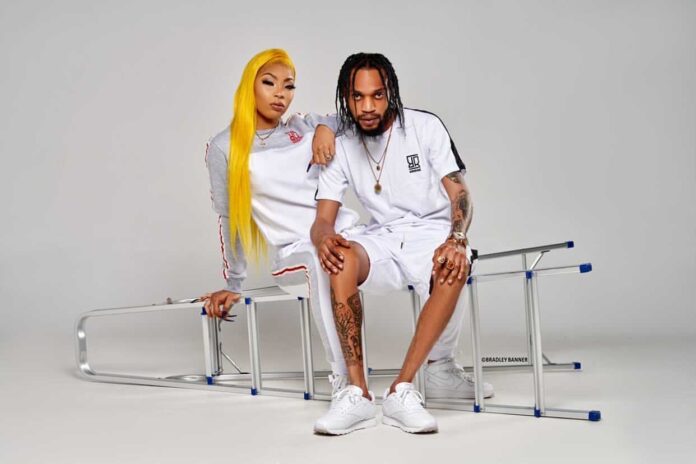 The popular dancer returned to Instagram this last week to promote the single following a brief hiatus.

In the track, Pretty Pretty confirms rumors that longtime partner I Waata indeed has an infant with another woman. The revelation follows weeks of speculation by fans on social media after photos of a woman appeared.

However, Pretty Pretty shifts the narrative from infidelity to that of the cyber-harassing culture of social media. Coincidently a similar tactic was used by her partner I Waata in his recent track “Vent.”

Throughout the ordeal, Pretty Pretty says she was bombarded with hateful comments and disrespect. She says numerous persons tried to bully her, forcing their unsolicited advice towards her relationship.

She also had a word of warning for those who think she is a pushover, alluding to her confrontational past.

“Being a person that was very aggressive and furious put mi parents dem in a heap a problem…” she says in a monologue towards the end of the track. “Fight-fight, cuss-cuss, til one day mi stab a youth wid one chair foot and mi use one flat iron and bun off di whole a him ears. Yuh know seh di school call mi madda and tell her seh, ‘Yuh have a pretty and helpful individual…but like something do her, she stubborn, she evil’. One a di time dem all church mi family bring mi, a talk bout all duppy deh pon mi…”

In the music video, the dancer showed screengrabs of some of the hateful messages she received. The messages not only belittled her over her relationship but also the fracas involving Spice.

Meanwhile, I Waata showed his support for his boo by reposted the track in his Instagram story. The deejay also declared that “Unu fi memba seh a fimi Mimi (Pretty Pretty) ur suck unu muma a lowe r.”