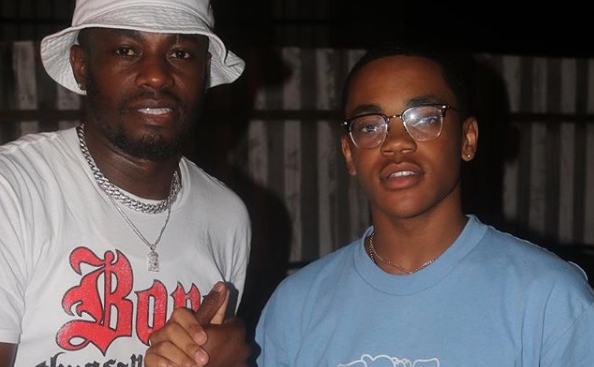 Michael Rainey Jr, who plays the role of Tariq St Patrick on the hit TV series Power is set to become a Jamaican citizen soon.

The 17-year-old actor is set to become a naturalized citizen as it was recently revealed that he has applied for a Jamaican passport.

Rainey Jr, who qualifies for citizenship through descent, has often proclaimed his love for Jamaica but really caught the attention of fans during his most recent visit where he declared the country “first home.”

According to Rainey Jr’s mother Shauna, she hopes her son obtains the necessary legal documents as she knows that would make him extremely happy as most of their family are already Jamaican.

She revealed that the TV star’s most recent visit to the island was actually to help him connect with his family roots and that the actor is already making plans to return for his birthday and Dream weekend.

The actor officially made the application for his Jamaican passport last week after returning to the United States. He uploaded a photo of himself and Consul General Trudy Dean at the Jamaican Consulate in New York saying “Went to the Jamaican Consulate to apply for my Jamaican citizenship and passport, don’t tell me I’m not Jamaican. Thanks Consul General Trudy Dean. If you’re Jamaican your child can be a Jamaican, citizen too.”

#MichaelRaineyJr has officially applied for his #Jamaican citizenship and passport and #WinnieHarlow plans to do the same ???