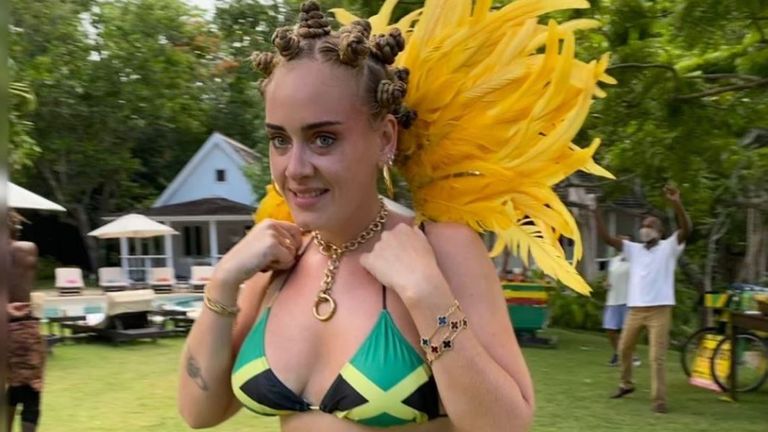 British singer-songwriter Adele attracted a lot of attention over the weekend after she posted a photo on Instagram of herself in a carnival bikini outfit.

In the photo she wears an African Bantu-knots hairstyle, Jamaican flag bikini top, and a yellow carnival feather backpack. The “Hello” singer captioned the photo, “Happy what would be Notting Hill Carnival my beloved London,” referencing the festival which normally takes place during this time in August to celebrate Caribbean culture and cultural diversity. Due to the pandemic the event was canceled and they instead replaced it with a virtual event.

Adele’s photo racked up 4.5 million likes in less than 24 hours. However, there was a mixture of reactions from fans/followers and even fellow celebrities.

While many accused Adele of cultural appropriation, Jamaicans defended the singer as she represented the country on her platform.

Dancehall artiste Popcaan was in the comments showing her support as he wrote, “✊🏿❤️”, while Stefflon Don dropped “😻😻.”