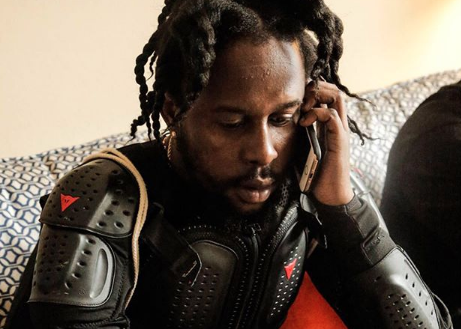 Popcaan is set to continue his acting career after the Dancehall superstar recently landed a major role in the sequel for crime, drama film “The Intent.”

No stranger to the big screen, the “Unruly Boss” previously starred in Canadian rapper Drake’s “Please Forgive Me” short film back in 2016. “The Intent” follows Gunz (Dylan Duffus) who is thrust into a world of excitement when he joins the TIC crew. The crew, led by the ruthless Hoodz (Scorcher), goes from low level weed peddling to full on armed robberies within a fortnight. Their new found infamy affords them a life of guns, drugs, and girls but they also catch the attention of the police and a rival gang.

The UK film directed by Femi Oyeniran and Kalvadour Peterson was released in 2016 and is now available on Netflix.

According to sources close to the movie, the production crew is currently in Jamaica shooting scenes for “The Intent 2″with Popcaan and Jamaica actor Louie ‘Ox’ Rankin best known for his roles in Belly (1998), Shottas (2002).

While the “Stray Dog” deejay is tight-lipped on the milestone in his career, on Thursday he shared a photo from the set with a cryptic caption, “Big dreams wey me have thank god me still living it..????,” Popcaan wrote. The Dancehall icon’s official fan page later shared behind the scenes footage. Watch below.