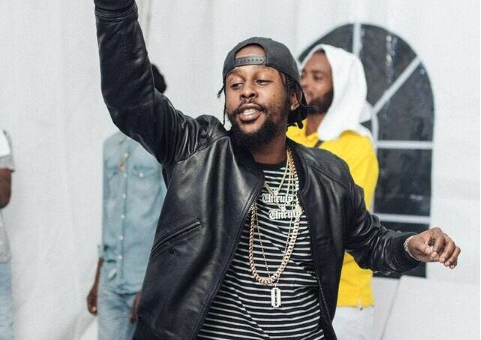 Popcaan is officially a Dancehall selector after winning a clash over the weekend on the debut of his ‘Unruly Sound’.

Popcaan won the battle after dropped a slew of songs from his former mentor, Dancehall superstar Vybz Kartel and dissing his rival Mavado.

According to Squid, its been a lifelong passion for the ‘Stray Dog’ deejay to play music and its about time they make it official, “Everywhere him [Popcaan] go, him always go round the sound and play music. Him love it,” she said. “Anyweh him go, him plug in the mic and select chune like any selector. It is just supm wah him do fi fun.”

Check out the highlights from the showdown below.