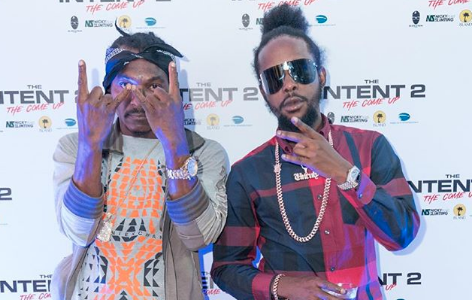 Popcaan rolled out the highly anticipated music video for “Silence” on Wednesday.

The international Dancehall entertainer dedicated the visuals to his slain friend, Shagel, “Dedicated to the memory of Unruly Shagel rest in peace,” Popcaan wrote at the end of the cut.

Last month Popcaan broke down in tears while publicly addressing the death of Shagel at Unruly Fest. The “Family” deejay took the stage wearing a T-shirt with an image of the late Unruly Gang member.

Popcaan told the audience inside Lyssons Park, St Thomas that he took Shagel with him to Kingston to create a better life, “…me carry one a me bredda dem from St Thomas – me family. Me carry him come a town wid me fi better him life and better him family life, and some bwoy go inna me house go kill him,” the deejay said while holding back tears. “But guess wah, God see everything and God know everything ’cause Shagel a one a di realest yute weh me ever know inna me life, yuh hear dat, and a my bredda dat and me love him fi life.”

Popcaan and Nadine Sutherland Could Be Related, Collaboration Coming Soon

Shagel, whose given name is Junior Thompson, was found dead at Popcaan’s Cherry Gardens house in December.

The 38-year-old was discovered lying in a pool of blood in a room on the property by workmen about 8:30 a.m.

Initial reports indicate that he was murdered during a home invasion. Its alleged that armed men entered the “Family” deejay’s residence, hoping to commit a robbery, when they stumbled upon Thompson.