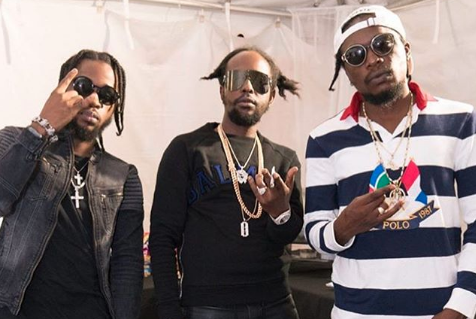 A Former Unruly Clash contestant has launched a lyrical attack at Dancehall superstar Popcaan over claims he was shunned after winning the competition.

A video clip emerged earlier this week of the contestant dissing the “Family” deejay claiming that he was cheated out of a recording contract in favor of current Unruly artiste Quada.

The obviously upset deejay claims that he was placed on the sidelines for over two years in favor of the “Reflex” deejay despite fairly winning the competition organized by the Dancehall superstar.

In the snippet, the upcoming deejay went on to claim that his life was placed into significant danger while representing the “Unruly Camp,” at the time as he was still living in Cassava Piece at the peak Popcaan’s rivalry with Mavado.

“The clash say i was the light to the lamp / Kill every ting and survive as a champ / Quada was just a crocodile in the swamp / How comes a him unnu sign to the camp?” the aspiring artiste asked in the track.

However, it seems fans were not particularly impressed with the deejay’s efforts as many took to social media to blast the diss track. “Him hurt true popcaan sign Quada?? ?? him even know who is Quada?? Breda guh watch Some a Quada clash dem pon youtube,” one fan wrote.

Popcaan is yet to react to the track, but sources close to the Unruly Camp have revealed that the deejay is not prepared to pay the young deejay any attention as he is solely focused on promoting his new album “Forever.”

Watch the video clip below.