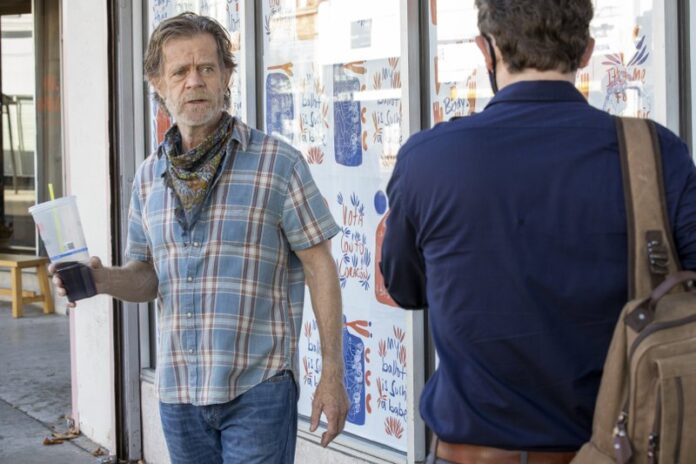 LOS ANGELES (AP) — The coronavirus outbreak that delayed the taping of “Shameless” is woven into the 11th and final season of the Gallagher saga. It seems inevitable, given the outsized share of hardships the family has met and, sometimes, overcome.

It also reflects executive producer John Wells’ intention that the series give full weight to the toll that poverty takes in ways big and small — and to keep it darkly funny, even when a pandemic barges in.

Showtime’s “Shameless” is lead by William H. Macy as a shambling mess of a dad whose offspring reflect their scattershot upbringing on Chicago’s South Side, but with bravado and loyalty in their favor. The season debut is 9 p.m. EST Sunday.

Days away from taping when COVID-19 slammed the door on most movie and TV production in the spring, the series reworked already completed scripts to include the coronavirus’ fallout on the Gallaghers and their circle.

Wells, a veteran writer-producer whose credits include “ER” and “The West Wing,” spoke with The Associated Press recently about what else the Gallaghers face this season, how their story will end and whether former cast member Emmy Rossum will pop back in. The interview was edited for clarity and length.

AP: ‘Shameless’ focus is on people struggling economically, something scripted TV rarely depicts. Is that as important now as it was when the show started?

Wells: We have a group of people who are living close to the poverty line. And while we’ve all been impacted by the pandemic, this is a huge portion of our society that’s been impacted much more significantly than most, although everyone’s had the same anxieties. We’ve got a lot of people out of work and a lot of people who’ve had to actually bear the brunt of going to work as essential workers, to do the kind of jobs we don’t think of as being professional jobs. And that’s really been kind of the joy of doing the show from the beginning, and why I’ve always said I’d love to write this show forever, because we’re talking about people and a family that’s trying to survive and in the way that we don’t get to see very often in our popular entertainment.

AP: No spoilers, but can you give us a sense of what the final season will include?

Wells: We’re going to keep telling the stories that we wanted to tell always, which is how what’s going on in the world and around us is affecting the Gallaghers and their extended family. We’re playing a lot with Mickey and Ian now being married and realizing that’s hard. Carl’s becoming a police officer, and we’re trying to do it comedically and dealing with issues of policing, and particularly urban policing. And we’re dealing with the fact that Frank’s alcoholism is finally really catching up to him, and what that means for the rest of the family. Who is ultimately responsible for Frank, when he has never seemed to care that much for them?

AP: After this long journey with Frank, how do you see him?

AP: Will Emmy Rossum, who left after season nine, pay a return visit as Fiona Gallagher?

Wells: I can tell you that I’d love to have Emmy come back and she has expressed interest in coming back. But she’s the midst of doing a series (‘Angelyne,’ for the Peacock streaming service) so it will really just depend on whether she’s available. She’s a friend, and she’s more than welcome.

AP: At this moment, the finale has yet to be written. Do you foresee ending the series in a way that you could chose to revisit this family?

Wells: With this show, like we did on ‘ER,’ I want to feel like we just kind of walk away from the block. And if we ever turned down that street again, we’d run into these characters that we love, and catch up to see what they’re doing. But there aren’t any plans to do more. But there’s not going to be a house fire that takes most of the family or anything.

Scene from ‘Elf’ comes to life as Buddy meets dad in...