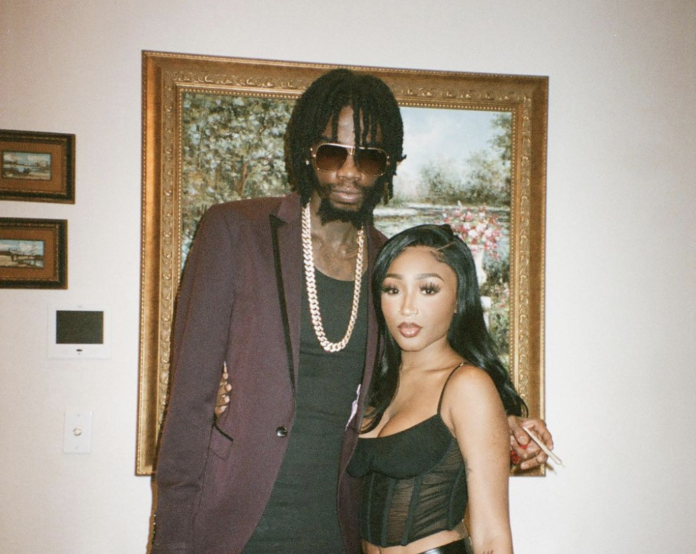 Recording artiste Stalk Ashley finally met Alkaline after they linked up to shoot the official music video for “Incognito”.

Despite, the “Young” singer landing Alkaline’s second female collaboration, with the first being “Only Thing Mi Want” with Spice some seven years ago. The two did not meet to record “Incognito” which is described as a sexy, sultry fusion of dancehall and R&B.

Last week, Ashley shared a photo with the Vendetta deejay sharing the good news with fans that they finally met. “When he said “Hotta dan a ankle twist gyal mi cyaa resist” Bitch I felt that.✨ #Incognito,” she caption the post.

Back in October Stalk Ashley gave some insight her “Incognito” collaboration with Alkaline.

“Everybody has their favorite and Alkaline is mine Idc IDFC,” she wrote on Twitter with a tongue emoji. “He’s been MY artiste !! I’ve been a fan from him a seh “emedicusmobestaliannasucadiatucazmo” or whateva! 2-3 years ago I was doing covers of his songs. Now we have a whole song together ????? Happy is a downplay.,” she added.

In a follow-up post, Stalk Ashley while said she never met Alkaline in person, working with his team was a good experience.

“I’ve never met Alkaline in person. We met over the innanets & him and I were both so excited to collaborate. It was refreshing af!! His team are really cool people, all in all I never had one bad experience in the process. Big Big respect to Team Alkaline. (white heart emoji),” she wrote.