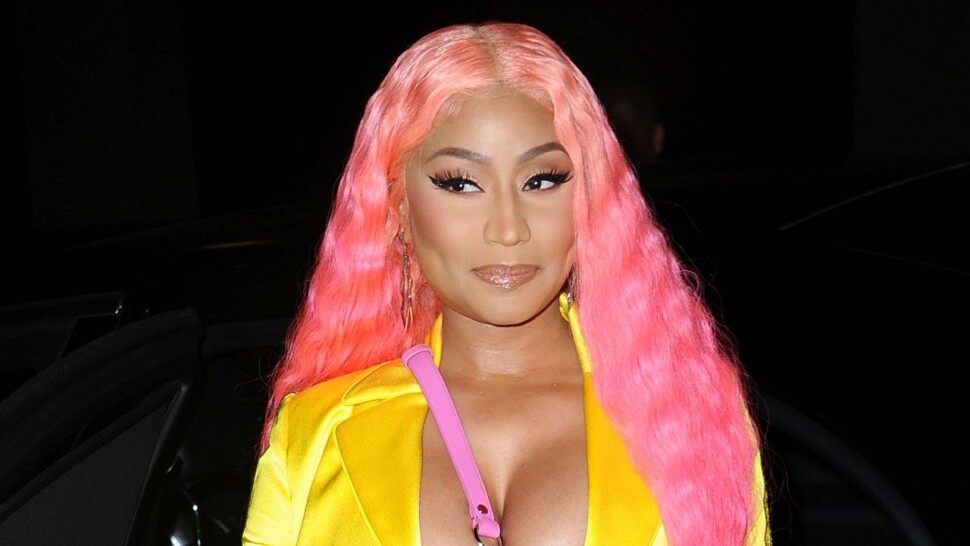 Nicki Minaj is turning heads in Trinidad while rocking her favorite colour.

Last weekend the “Yikes” rapper returned to her birth country of Trinidad just in time for carnival.

On her first day of carnival, the Young Money rapper turned heads while rocking her favorite colour pink.

Nicki took to Instagram to show off her bright pink outfit complete with a standout neon pink wig. her outfit included a pink and white jumpsuit, a floral cap, and matching bikini top.

The rapper did not caption the photo but the image was enough ‘fire’ to bring the heat to her timeline.

Last month the 37-year-old rapper got fans excited as she announced that she would be returning home for carnival.

Nicki’s love for pink has been well documented over the years, with the rapper using it heavily in her branding. Even the rapper’s album titles have been influenced by the colour, such as; Pink Friday and The Pinkprint.

Since arriving in Trinidad Nicki has been turning heads with her flesh revealing outfits, killing rumours of pregnancy.

Earlier this month rumours swirled that the rapper was pregnant after a video emerged with husband Kenneth rubbing her belly.

However, it seems Nicki also directly addressed the rumours during a reply to fans on social media.

“Why I feel like I’m about to get a beating? Y’all swear y’all my mother chile. I’m pregnant with so many ideas for this album. It’ll be my best,” the rapper declared.