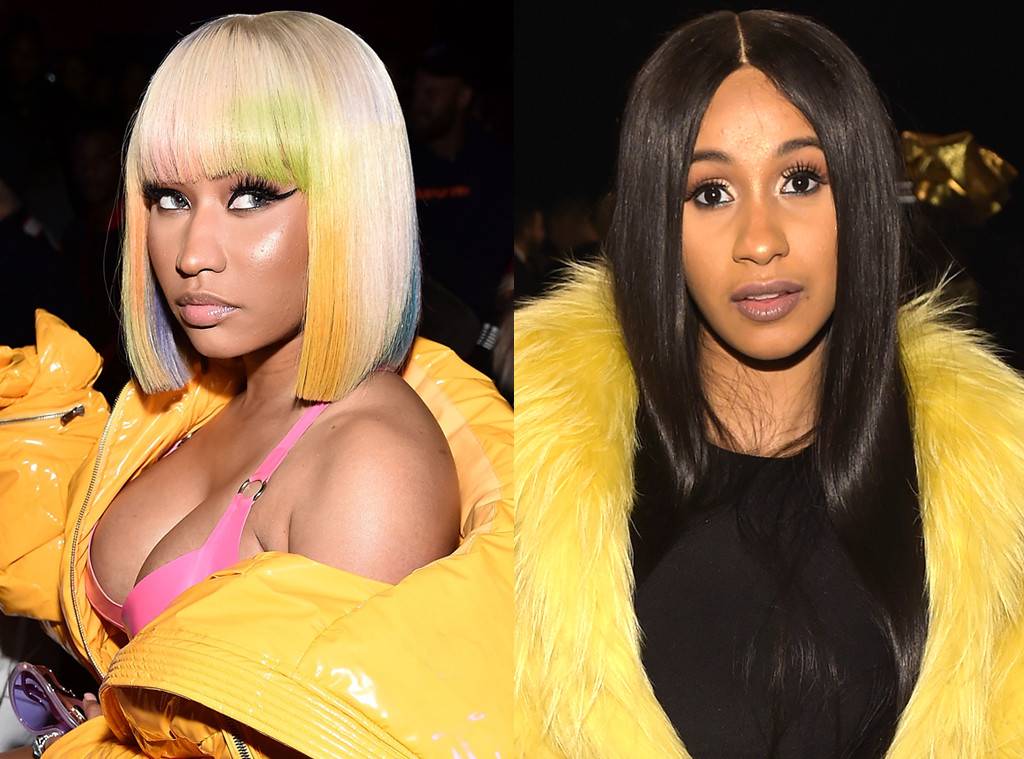 Nicki Minaj is finally sharing her side of her ongoing beef with Cardi B and last week’s alleged fight.

On Monday’s episode of “Queen Radio” aired on Beats 1, the Trinidadian rapper responded to Cardi’s Instagram post in which she alleged that last week’s incident was a result of someone [Nicki Minaj] speaking ill of her daughter, Kulture Kiari.

“The other night I was part of something so mortifying and so humiliating to go through in front of a bunch upper echelon… people who have their life together,” Nicki Minaj said on the program. “The way they passed by looking at this disgusting commotion. I was mortified. I was in a Gaultier gown—off the motherf**king runway—and I could not believe how humiliated it all felt because we… made ourselves look—and Imma get back, but before I go, I wanna say that I would never discuss anyone’s child. And it’s so sad for someone to pin that on me because I’m the bad guy and they’re gonna believe them….”

“I would never talk about someone’s child or parenting…. It’s so crazy to me that people always need to make Onika the bad guy. If you’re right in whatever you’re doing… just speak your truth.”

“I just want people to know that Onika Tanya Maraj has never, will never… speak ill on anyone’s child. I am not a clown. That’s clown shit. The other thing is to tell the world something just because you look f**king dumb. You knew that when that footage came out, you was about to look f**king dumb, so your publicist—also looking f**king dumb…—they hurried up and put out a statement. I’m such a ill-ass b***h I didn’t even feel the need to defend myself that night.”

“I just want everybody to marinate for two minutes…. But we did hear this woman say that nothing’s off limits… because she has built her career off of sympathy and payola.”

However Nicki Minaj was far from over as she continued to go HAM on Cardi, “The world gave you a blessing, of a beautiful bundle of joy, and the only thing on your mind after you [gave birth was to attack people and to stop their bags…. And you wanna let your publicist write something about stopping bags? Do you know what it is to sit in your room for hours and days at a time writing raps? You came into my f**king culture! I never had a DJ to play my f**king songs.”

Cardi B Injured After Trying to Fight Nicki Minaj

“This is about, Get this woman some f**king help. This woman is at the best stage of her career and she’s throwing bottles?… Who the f**k is gonna give her an intervention? You n****s don’t care until somebody’s f**king dead…. This shit ain’t fucking funny. You put your hands on certain people, you gonna die. Period,” Nicki Minaj continued.

The female rappers were involved in an altercation on Friday night that got physical at a New York Fashion Week party.

In a now-viral video, Cardi B can be seen lunging towards the ‘Chun-Li’ rapper before being held back at Harper’s Bazaar Icons party Friday night.

Minaj was reportedly finishing up a conversation with someone when Cardi B tried to attack her, but Minaj’s security guards intervened.

Bardi was immediately escorted out of the event by security. The Bronx rapper wearing a voluminous red Dolce & Gabanna gown, was seen leaving the party with what appeared to be a bump on her head.

She and Minaj have been rap rivals since Cardi B began achieving huge success over the last year.

In a post on Instagram Cardi B didn’t call out Minaj by name but alluded to the fight and said she was sparked because her mothering skills were being disparaged. She and rapper Offset recently had their first child together, a girl.

“I’ve let a lot of sh*t slide! I let you sneak diss me, I let you lie on me, I let you attempt to stop my bags, f**k up the way I eat,” Cardi wrote. “You’ve threaten other artists in the industry, told them if they work with me you’ll stop f**kin with them!! I let you talk big sh*t about me!!”