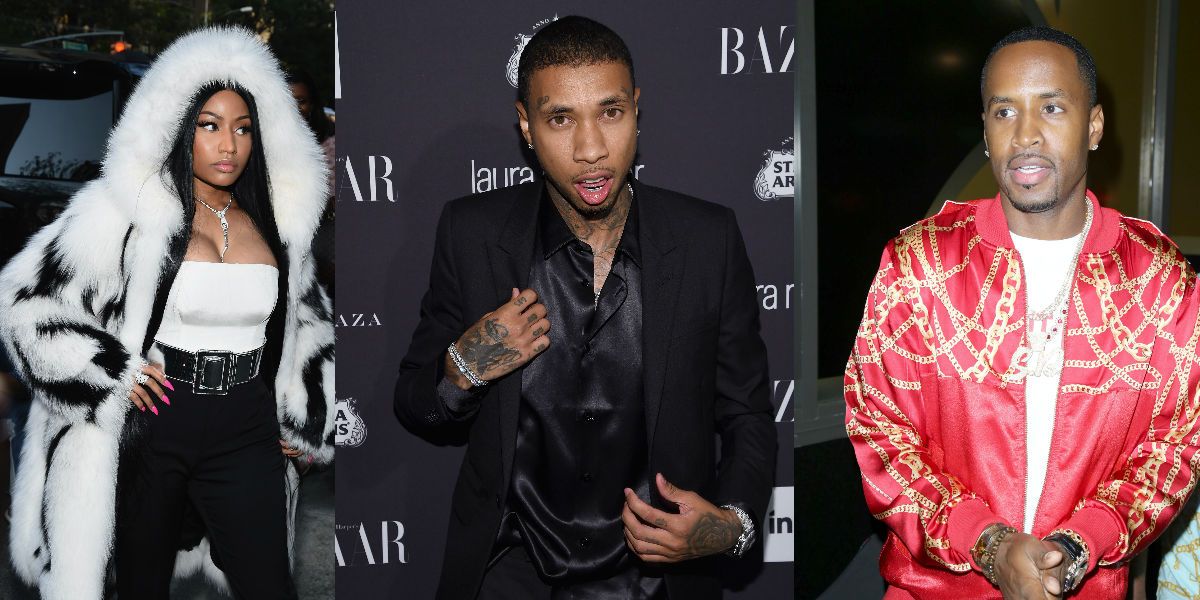 Tyga was minding his business and hurricane Nicki dragged him into her Twitter beef with ex-boyfriend Safaree.

During the heated exchange, the Queen rapper exposed Safaree about his hairline surgery, which she claims to have paid a whopping US$10,000 for the procedure.

In an attempt to further embarrass Samuels, Nicki claimed that Tyga went to the same doctor for his hairline procedure and that his hair didn’t fall out.

“1st off Me and tyga didn’t go to the same dr. We did it the same day. Diff doctors . Listen I don’t know if this has to do with 1st week sales but you need to finish your zen. And don’t talk about vh1 checks cuz the way you’re acting it’s like your auditioning to be on LHH,” he wrote.