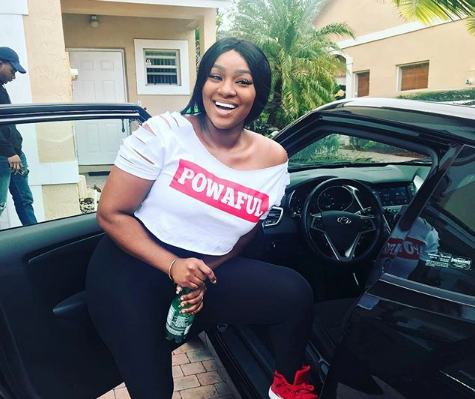 As New York continues to make headlines, the exotic dancer linked up with Foota Hype on Sunday for a joint Instagram live session.

During the feature, the exotic dancer who is popularly known in Jamaica for starring in Vybz Kartel’s ‘Teachas Pet’ reality TV series spoke about her relations with the self-proclaimed ‘Worl Boss’ prior to his incarceration.

New York admitted to sleeping with Vybz Kartel to Foota Hype and his over 2,000 live viewers but shared that the two stopped linking after he got upset because she attended a Bounty Killer event.

As for her current relationship, the dancer said she had no idea about the attention surrounding Marvin The Beast and DHQ Nickeisha or that they were even together. NY said she is now growing to love the ‘Beast’ and also shared that he is good in bed.