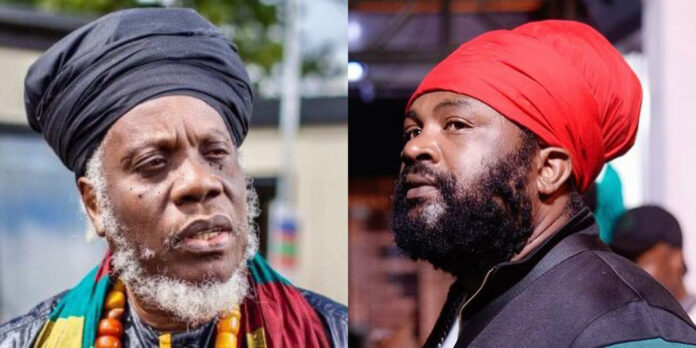 Mutabaruka has threatened to take legal action against Reggae singer Fanton Mojah over his recent statements.

The popular radio host says he will take legal action against the singer for slanderous comments made in a video.

Fanton Mojah made headlines this week after a viral video of him lashing out against Muta emerged on social media. In the clip, he was seen suggesting that Muta had some kind of love triangle withBob Marley and Cindy Breakespeare.

“Dis morning I get a video… di video have in Fantan Moah in deh a meck some defamatory argument. A don’t know weh him get these things… but him mus tell mi how him get dat. Weh him get dat fram?” Muta stated.

The clip was released in relation to Mutabaruka’s criticism over Fanton Mojah’s latest single “Fire King.” The radio host blasted the singer for imagery which he says was not in keeping with Rastafarian principles.

The dub poet expressed shock at Fanton’s music video which featured scantily clad females gyrating. The criticism was also echoed by numerous fans who called out the “Hail The King” singer over the video.

Meanwhile, Mutabaruka has since warned Fanton Mojah to apologize for the slanderous claims. According to Muta, Fanton should apologize while he has the chance to lessen the financial burden on his pockets.