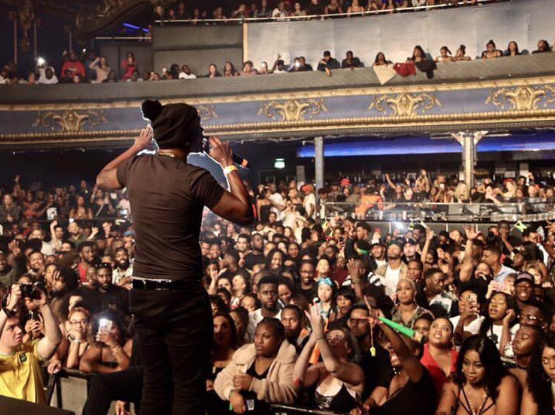 International recording artist Mr. Vegas heated up the cool November air of South London, England with an unforgettable thrilling performance! There is no denying that the billboard charting singer has cemented his name in dancehall and reggae history with multiple string of hits, worldwide memorable performances and notable appearances.

As the landscape of the music industry is ever-changing, Mr.Vegas remains omnipresent, and through personal metamorphosis has evolved as a man, and artist in his own right. As one of the most energetic performers to date, his dedication to his craft is self evident, as thousands of patrons gathered and sang in unison to Mr.Vegas’s multitude of classic and new hits at the Notting Hill’s Shabba Rampage Winter Carnival Series in Brixton. “I think it’s a testament that when you make great music, your career will be timeless. Having the massive singing and dancing in England felt great. This reminds me of the reason why I love performing. I enjoy bringing joy to people.” – Mr. Vegas.

“It is amazing to be working with such a talented crowd pleasing artist as Mr. Vegas. He is one of the few artists I know that can take a crowd from zero to a hundred in seconds” – Francis Management.

Since dancehall and reggae are worldly embraced, this past year Mr.Vegas has been busy conquering new territories from India, to French and Latin market, the latter will continue in 2020 that will see the multi-award winner take the stage in Canada, the United States, Europe and Africa, and deliver new music with such stars as Stefflon Don, Delax and Afro B to name a few.