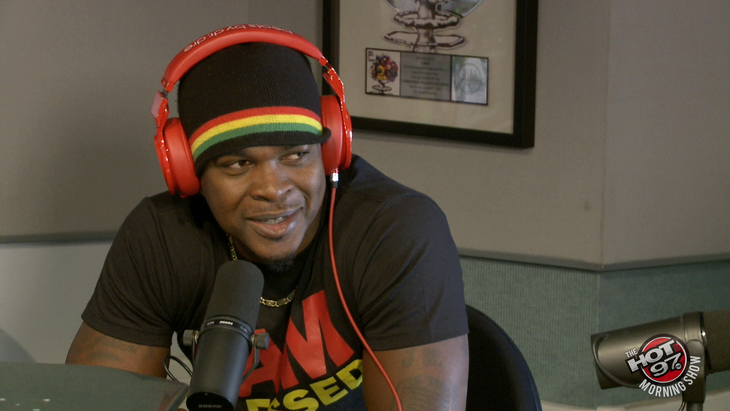 Mr. Vegas has blasted Minister Marion Hall’s planned to return to the Dancehall in the name of God.

According to Vegas, there is no such genre as ‘Dancehall Gospel’ and Hall is a hypocrite. He claims that if the Gospel star wants to re-enter the genre she will have to reclaim her throne as ‘Queen Of The Dancehall.’

However, despite the criticism, Mr. Vegas says he holds no ill feelings towards Hall, formerly Lady Saw. He claims he is actually a big fan but finds her actions hypocritical considering how she demonized the genre following her baptism five years ago.

“When mi did hear Lady Saw a cuss di music and a seh she used to work for di devil mi reach out to her off the air, send a message through a mutual friend and mi seh, ‘Mi need fi talk to sister because nuff things weh dem teach we a lie and there is nothing weh God seh we cya do nice, positive, clean music cause she have some nice music weh she still can come sing cause she have a lot of fans. Mi never mean no ill-will towards har.”

Vegas went on to speak on his own experiences with the church, saying he too was led to falsely believe Dancehall is evil.

“A few years ago I went into the church because I never waan dead and go a hell cause I did believe seh there’s really a hell waiting when you leave dah realm here… Everytime mi a sing mi music, mi always a seh a di last one dis… Hot Wuk, last one, Daggering, last one, Bruk it Dung, last one…

However, he claims that is unfactual as there is good and bad energy in every genre. He claims that dancehall music is diverse and doesn’t have to be explicit. For this reason, belives Hall could have baptized and remained in dancehall, while doing God’s work instead of cursing it only to return years later.

Mr. Vegas was one of the first to criticize Hall following her online Spat with RT Boss. She clapped back at the self-proclaimed ‘spiritual leader’ after he accused her of practicing obeah in the past.