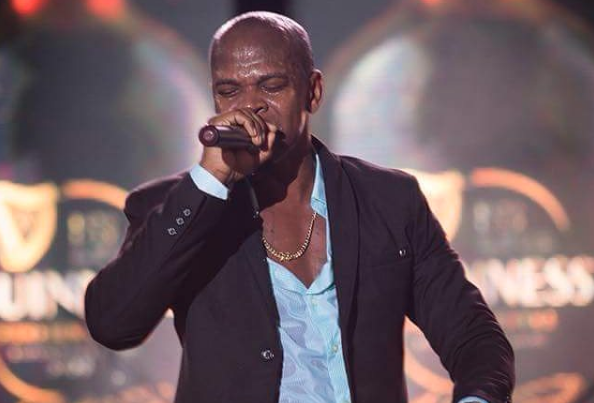 Mr Vegas has broken his silence after being embarrassed and thrown out of church by Pastor Gino Jennings.

Just hours after the incident, the veteran entertainer uploaded a music video on his Instagram account and wrote, “We still have no love for our own! “colorism” in full effect!!.”

Vegas later returned to upload an emotional video, thanking his fans for their support and gave producer Skatta Burrell a special shout-out for defending him during the brawl.

“Big respect eno fans, big up unu self,” the entertainer said. “I and I man a gwan hold firm, i just wan big up Skatta Burrell trust mi….. Skatta i don’t even have words to show my gratitude,” he continued.

On Sunday, Mr Vegas was invited by Pastor Gino Jennings to the Young Men Christian Association (YMCA) in Hope Road, Kingston to have an open discussion about his controversial statement about churches that allowed women to wear ankle chains, red lipstick, and fake hair.

Jennings raised a few eyebrows back in December when the sermon went viral, “You so called Christian looking hoes, jumping in some church, flopping your ankle chains around. On the choir, breasts hanging out, lips all red, nails painted red, purple, blue, green, long like bird claws, all this fake hair, breasts implant, toe nails painted with little fake diamonds in it, your toes ain’t richer. You’re nothing but a prostitute,” he said.

During Sunday’s debate, things escalated when the “Bruk It Down” deejay the video tape be played. Mr Vegas’ requests was denied and his microphone was subsequently muted.

In a footage uploaded on Instagram, Jennings can be heard telling security guards to escort Vegas out the church which resulted in a physical altercation after the entertainer resisted and was accosted by several men.