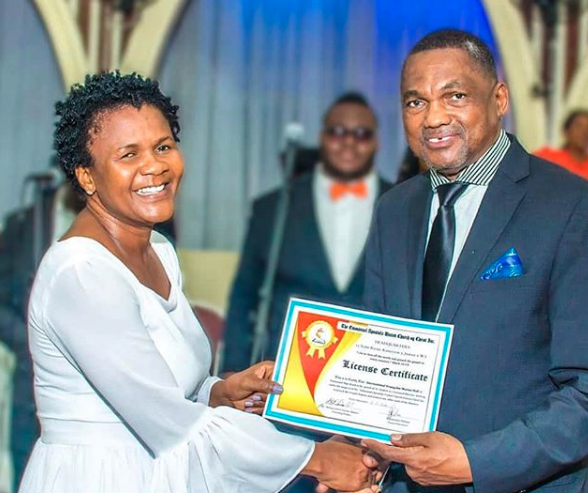 The gospel singjay is delighted after she was ordained at the Emmanuel Apostolic Church on Slipe Road in Kingston on Sunday morning.

The entertainer was also previously baptized at the same church back in December 2015.

According to Hall, many people wanted to ordain her but she decided to let God lead her along the path that was right for her. The entertainer says it was an easy decision to have Bishop Everton Thomas, who also baptized her, to perform the honours.

Hall says her ministry is not only limited to singing as she has been inspired by God to also preach. She revealed that she was recently preaching at Bible school, but some changes happened and some setbacks that became setups.

The former Dancehall icon is set to release her sophomore gospel album, “His Grace,” on Friday.