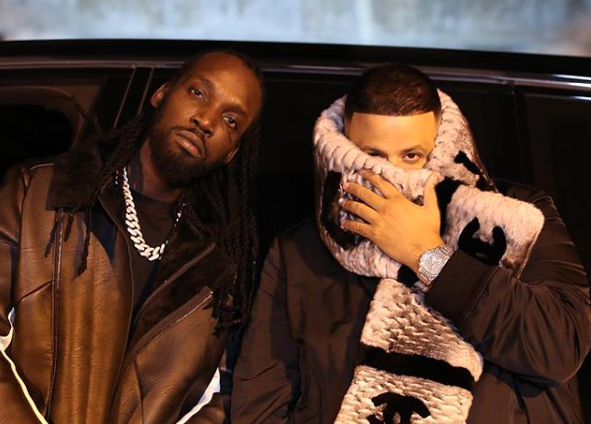 DJ Khaled linked up with Dancehall entertainer Mavado earlier this week in Miami to shoot a brand new music video.

The American music mogul uploaded a behind the scenes photo with Mavado via Instagram, confirming that the Gully Gad will be featured on his upcoming 11th studio album dubbed, “Father of Asahd.”

Mavado is no stranger to DJ Khaled collaborations after the Dancehall deejay signed to his We the Best Music Group back in September 2011.

“That’s right, New York City! Mavado is officially signed to We The Best Music Group,” Khaled said during an interview. “Mavado is apart of the family, part of the brand. It’s about to be an expansion to the movement. It’s going to be a movie, you feel me? I’m really excited about this because my roots and where I come from, I’ve known Mavado since before he was Mavado. Mavado always puts great music out, and I just want to add more to it, add some steroids to it.”