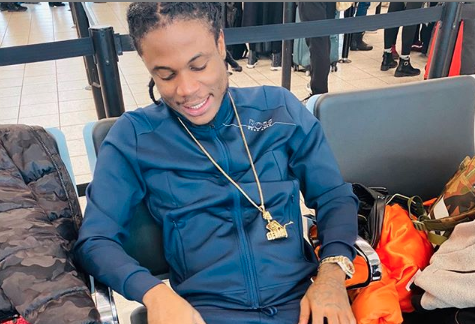 Masicka is getting ready to embark on his tour of Israel and Europe.

The Dancehall superstar looks set to kickstart the year strongly as he makes tour stops in Israel and Europe.

Masicka is set to perform at the Barby Club in Tel Aviv, in Israel on Thursday.

The event, which is dubbed an all-night Dancehall/Afrobeat affair, will be his first time performing in the country.

He is also set to perform at the Escherwyss Club in Zurich, Switzerland, on February 1. This will be followed by an appearance in Hamburg, Germany, on January 24.

The Dancehall superstar’s debut performance in Israel has been receiving heavy marketing from promoters. The event is expected to attract a sold-out crowd, with fans eager to see the hard spitting deejay.

The organizers were also quick to praise Masicka’s “undeniably versatile melodic sensibility and punch-to-the-gut delivery.” They went on to label the deejay as a “musical force to be reckoned with, in Jamaica and beyond.”

Masicka now joins Spice and Busy Signal as Dancehall artistes who have been booked or performed in the ‘promised land’.