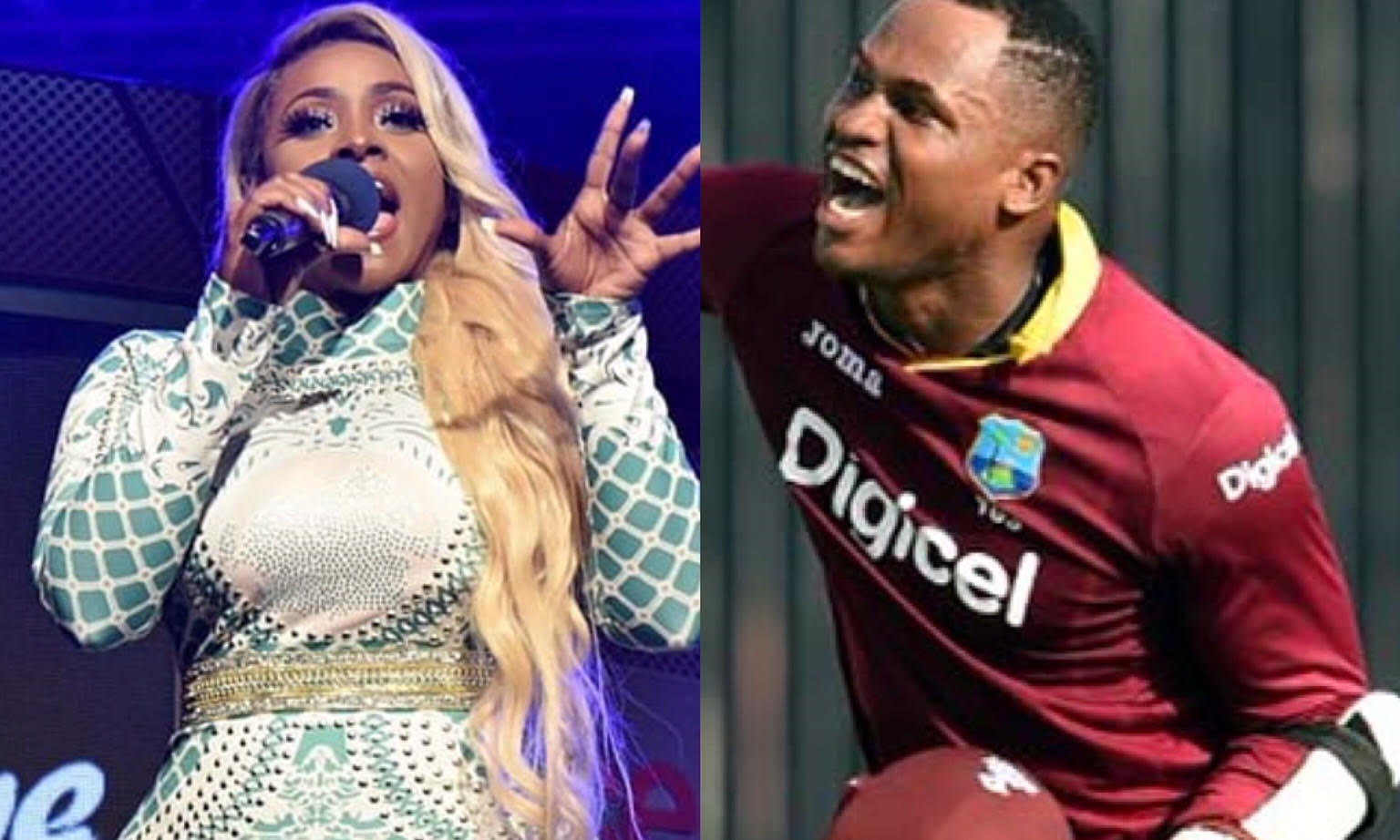 In a lengthy Instagram post over the weekend, the media vixen-turn-recording artiste hinted that she was forced to file a police report against the Jamaican cricketer.

Yanique captioned several photos which showed a screenshot message from Samuels along with his Instagram story which announced that he would be a guest judge on Magnum Kings and Queens of Dancehall saying, “Mi style yuh and mi wicked cause mi nuh wah yuh?.”

She also denied having a beef with controversial Dancehall artiste Ishawna over the “Insta Boy”, “I will never beef with Ishawna or any dancehall fraternity member over you,” she added.

The Magnum Kings and Queens of Dancehall host continued by accusing Samuels of throwing words on social media, making his friends call her and that he took her phone and threatened to leak her personal photos online.

“I am tired of the threats and throw words. No matter how much a yuh fren dem call mi, I am not interested. Yuh tek mi phone and threaten to release my personal pics, yuh call mi producer begging them to bring you on Magnum show. Yuh come Magnum and bad up the security. Mi try release a song thinking you would stop, yuh mek yuh goons dem call down mi phone. Mi try to be nice and calm but mi realize yuh nah stop. I’ve been a victim of Domestic Violence for years and now mi single and stress free. Yuh tell mi that you have the handle and i have the blade, well cut mi cause mi nah tek no more a yuh threats a nuh me alone a public figure. Mi nah be silent and anything guh happen to mi,” she wrote.

The Good Good Productions artiste added that she reported the matter to the police, the cyber crime department and her lawyers would be taking legal action. According to Yanique, she will also be dropping music about the horrific experience.

Samuels is now hitting back and has released a statement and cease and desist notice to the Curvy Diva.

“It has been brought to my attention that there are allegations in social media circles, that a female television personality who goes by the moniker Yanique Curvy Diva has made several derogatory posts on social media about me. I am therefore informing the public that I refute the allegations made by Miss Yanique Barrett and I intend to take the necessary steps legally to defend my reputation in due course.

In my capacity as a sports ambassador, my job is to continue serving the people of Jamaica, the West Indies and by extension the cricketing world, and in addition the blind community by way of the Marlon Samuels Foundation for the Blind. In the circumstances, I am therefore requesting that the mentioned media personality and those associated directly or indirectly to her immediately cease and desist from embroiling my name in any controversy, (expressly or implied) surrounding this person. Failure to observe this request will result in legal action for an injunction against you to restrain you from further slandering and defaming my name and reputation.”