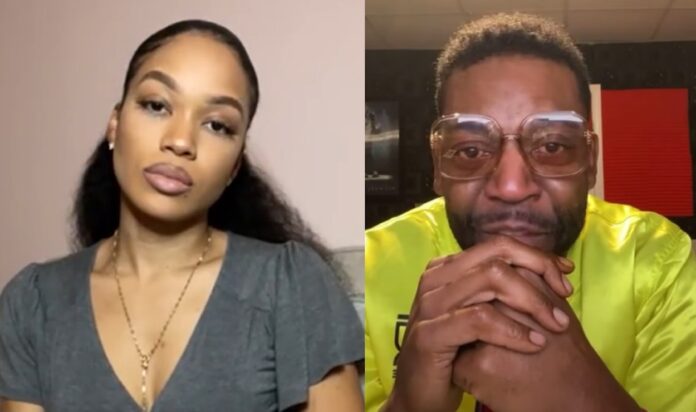 Kirby can be easily identified as her back tattoo is shown in few of the clips.

Last week, she accused Majah Hype of leaking her first sex tape, shortly after speaking out about him being abusive in their relationship.

“You are not going to shut me up and put me under a rock, you’re not going to shame me, you should be ashamed for faking a heart attack and looking for sympathy,” she said during an Instagram live session.

Latisha claimed the comedian obtained the sex tape after he went through her old phone and allegedly released it to several persons online.

She is yet to address the latest videos, however Majah Hype has been making cryptic posts on his Instagram story, which included the poem ‘Still I rise’ by Maya Angelou. Many think he is taunting Kirby, who has had a verse from the Poem in her bio for years which says, “does my sexiness upset you?”