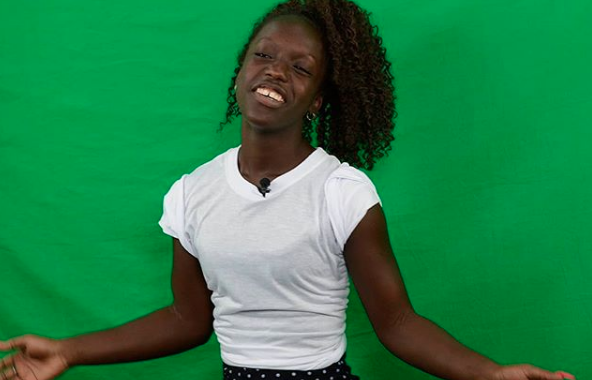 Sherlette Black, the mother of social media sensation, Ladasha ‘Mackerel’ Francis is speaking out for the very first time.

According to Black, she was left broken and ashamed earlier this year when she found out that her daughter was gaining popularity online for “tekking people man.”

Black says she is extremely disappointed on how Mackerel is behaving on social media, stating all she wanted for her daughter was to have a respectable profession.

“She is mashing up herself and she has to think about what she will tell her children and grandchildren,” Black told The Star. “She has to be mindful that one day this fame will end and it will be over in a minute. Ladasha, where is your talent? I want you to focus on getting a level of education and start a meaningful career. And why won’t you take your own man instead of taking people’s own.”

Unfortunately Black revealed that she is not shocked by Mackerel’s behaviour online, citing that was a an uncontrollable child, who frequently ran away from home and started drifting back in 2011.

Black, who is visually impaired, said Mackerel is legally blind, and that she had to undergo a cataract-extraction procedure while attending the Salvation Army School for the Blind.