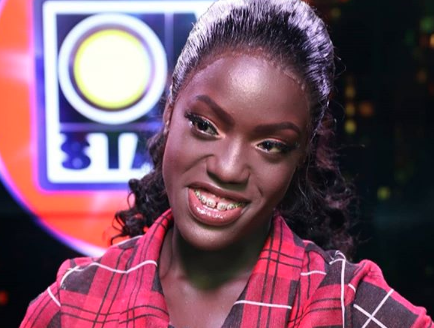 RT Boss and the social media sensation made headlines recently after photos of the two kissing on a date last week Friday surfaced on social media.

Speaking on their relationship, the spiritual adviser-turned-recording artiste says he has been romantically involved with the “Tek People Man” star since May.

The two met after Mackerel contacted his company for a psychic reading. RT Boss said he foresaw her travelling to Canada, and she called to express her gratitude after travelling to the country.

However despite being 13 years older than Mackerel, the “Global Boom” deejay said age is just a number and won’t affect their relationship, in fact RT Boss has already met her son.

“There’s a beauty within Mackerel that I see, and I want Jamaica to see,” RT Boss told The Star. “So I come at the forefront to let the world know that you can’t judge Mackerel because of her character and what she shows the world. She’s a nice girl – accept her, show her love.”

RT Boss dubbed the new Dancehall couple as the ‘Mackerilians’ and told fans to stay connected to social media for updates on their relationship. He said he just wants to be a good man to Mackerel and help her achieve her goals in life.

“She is looking for love and care, and me can give her that. If you listen how she talk, she is searching for love and guidance, but she got a lot of abuse,” he added. “There’s a lot of things about Mackerel that is going to be changed. I’m not trying to control her life, but if you really love her and want it to work, you’re gonna guide her, right? She wants more love than vanity.”