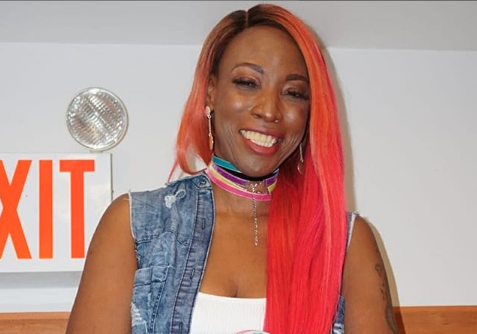 Macka Diamond has sought to address rumours that she is in a relationship with embattled comedian Majah Hype.

The rumours started on Thursday after a photo with Majah Hype sucking on Dancehall artiste’s breast surfaced online.

In an Instagram live video, the “Dye Dye” singer confirmed that she was dating the popular comedian however refused to give details about their personal affair.

Macka Diamond said the now-viral photo with Majah Hype was taken many years ago. She called out social media users who have been sending her direct messages asking about the size of his penis and if she was abused in during their relationship.

“Unu nah guh know that from me,” Macka said. “Everybody a come ask mi bout if Majah Hype hood likkle and if him did beat mi, unuh ever see mi come pan this with my personal life yet?,” she questioned.