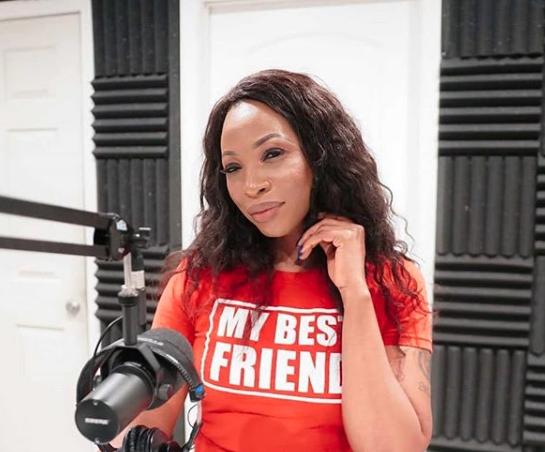 The Tropixs (Kingston, Jamaica) Macka Diamond is here in Dancehall to stay!

The veteran recording artiste says her career is still popping despite trolls taking aim at her age. Macka Diamond recently stopped by The Fix to promote her new single ‘Cucumber’ and addressed several topics.

Mackadoucious made it clear that she won’t be backing down from Dancehall as she is still in high demand across the world. “Mi not just singing for Jamaica alone. Mi love Jamaica and this is where mi from but mi a sing to the world,” Macka said.

“I just left Seychelles, a place in Africa and Mauritius… If me did follow weh people a seh how mi old, I wouldn’t go to South Africa di odda day. I went to couple shows in New York the other day and people were crazy and people were: ‘oh wi glad fi see yuh,” she added.