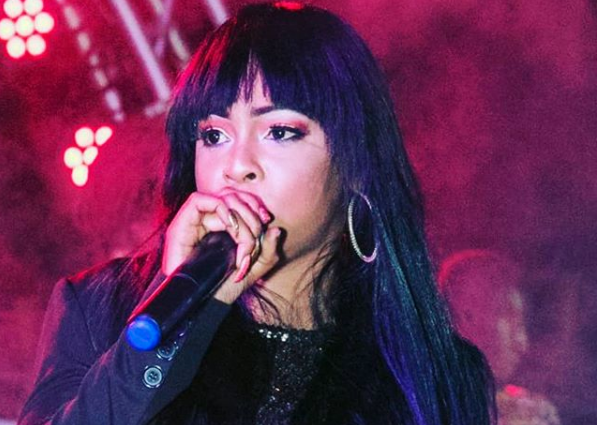 The former Portmore Empire female artiste has been attracting a lot of attention both locally and internationally following the release of her latest women empowering single “Girls Night Out.”

The track has been getting a lot of solid reviews online, with many dubbing it as the artiste’s big comeback track following a notable hiatus.

“This one shot it sounds like a come bk song” one fan stated, while another commented “Girlfriend weh u been we Kno u bad u just ah get ah one fight but cut and clear Tru deh foggy weather ah u seh any weather big up urself hyper.”

Last week the deejay spoke on the success of the track thus far and her plans for it saying “The reception has been great, pretty much what Vybz Kartel, my team, my friends and I expected because [there] aren’t really any ‘party’ songs for the females that’s clean and soothing to the ears but still bad. To do the video was a must, but to have the fans asking for it, you know it’s a banger.”

The entertainer revealed that she has been getting a lot of rotation not just locally but internationally for the single as well as another new track titled “Mission Impossible,” which is produced by Shabdon Records.

Lisa Hyper has enjoyed a over one decade long career filled with several ups and downs, breaking onto the scene as the first member of Vybz Kartel’s Portmore Empire and scoring several hit singles including “How Yuh Do That,” “Bills,” and “Come Whine For Me.”