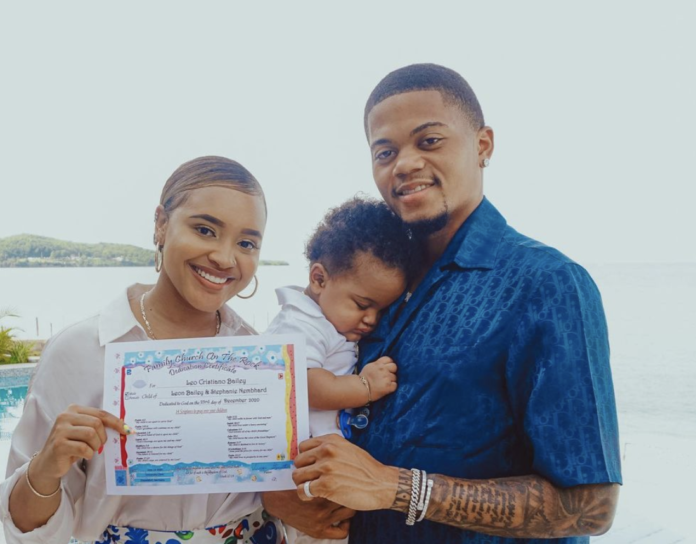 Leon Bailey’s son Leo Cristiano has been christened in Jamaica.

The Reggae Boyz star and winger for Bundesliga club Bayer Leverkusenr who is currently on the island for Christmas vacation, shared the news on Instagram Monday.

Bailey, along with longtime girlfriend Stephanie Nembhard, were joined by family and friends in an intimate ceremony as young Leo Cristiano was christened on December 23.

Leon Bailey and Stephanie welcomed their first child, Leo Cristiano together on June 14.

Leverkusen confirmed the birth of Bailey’s son on social media. When asked on Twitter if he was injured, the club responded: “Nope, he became a father this morning”. In a subsequent tweet, they confirmed that the baby was a boy.