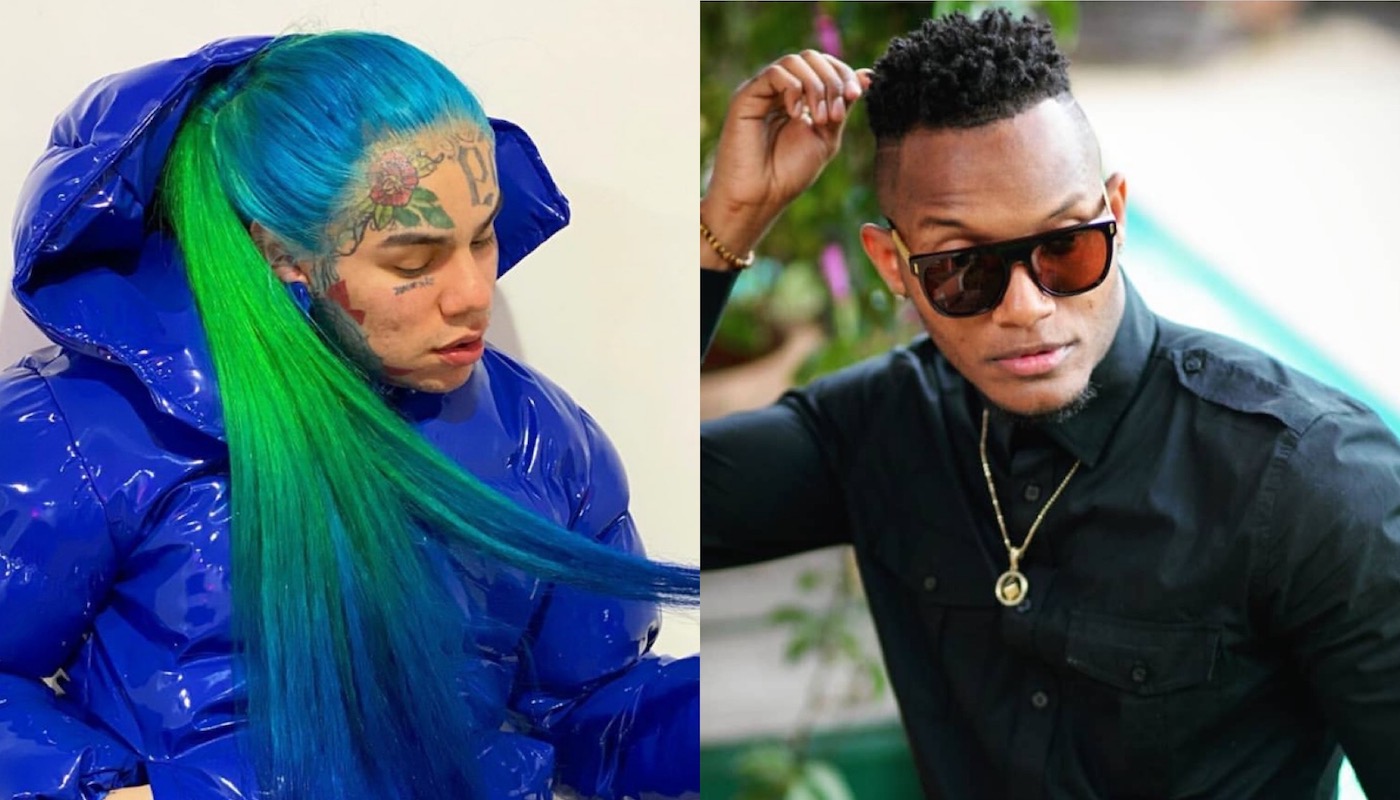 Tekashi, given name Daniel Hernandez, avoided jail time for federal racketeering and participation in gang-related activities. The rapper agreed to plea deal with prosecutors and revealed information about the Bloods, and named names but said his role in the gang was to make music, make money, and in return, they would offer their protection in court testimony.

Rappers such as Snoop Dogg, Meek Mill, and Rick Ross, labeled the rapper as a snitch. Though there were quite a lot of rappers scolding 6IX9INE, few came to his defense such as, Akon, and Nicki Minaj, who called the outrage “hypocrisy”.

Leftside has stated that he does not care about Tekashi’s personal life or legal troubles. “I have people coming at me like ‘yow that’s why you nuh mek it inna dancehall, yuh work with snitch and informa”.

“That is also a mentality you know that contributes to limitations, you know, [because it is anti-business]… mi nuh business about Tekashi personal life, mi and him nuh friend, wi nuh par…what mi fi do?,” Leftside continued.

“Yow pay this percentage but yuh a informa enuh, keep that? It dunce man,” he stated as a message to those who criticized him for working with the rapper.

The “Phat Punani” artiste said that Tekashi’s girlfriend reached out to him on social media while the rapper was still in jail. The rapper wanted full copyright ownership of the track, however Leftside told TVJ’s Entertainment Report he was only willing to license it as he was attached to the track.

“So I explained to him this is my biggest song up to this day, I did it over a decade ago and it has put so many [sic] food on my plate and it’s not for sale you understand, but what I can do, you can give me a clearance fee yuh zimi and my publishing and my royalties have to be in check, don’t worry about buying it, that’s not gonna happen.” he said.

As stated by Leftside, this happened in April and he did not hear back from Tekashi’s team for a few weeks, until June when the rapper agreed to sample the work. From there, the lawyers for the parties drew up legal agreements and 6IX9INE received a license to use the track in which he released Punani.

Leftside did not reveal what type of agreement both parties came to.

“Because at the end of the day you need to as artiste, you need to have publishing, sign up with a publishing company that’s gonna administrate for you, trace these things for you…me selling him that, I’m no longer the owner of the sample/ the song.. I’m like naw that’s not for sale,” he says to TVJ’s, Anthony Miller.