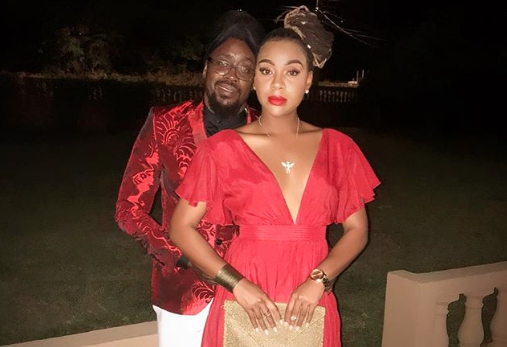 Beenie Man’s longtime girlfriend Krystal Tomlinson has responded to the viral video of his daughter, Deshagaye “Desha Ravers” Davis saying she dislikes like her.

Last week the Ravers Clavers dancer made it clear that she isn’t here for her father dating Tomlinson during her Fiwi Choice Countdown interview.

Speaking about Beenie Man snubbing his estranged wife D’Angel at her birthday bash earlier this month, Desha Ravers said the Doc. could’ve danced the the mother of his child.

She then used the opportunity to share that she doesn’t like Krystal,  “She is my age so I am not going to have no type of respect for her at no point, she never tried to build a relationship with me, she just tried to be an enemy with me,” Desha said.

Krystal Tomlinson has since given a simple response to the drama. Earlier this week she told her new followers to contact Shonda Rhimes, American television producer, screenwriter, and author who is responsible for hit TV series Scandal and How To Get Away With Murder.

“If you’ve started following me for any other reason but #GoodVibes let me apologize for wasting your time,” she wrote on Instagram Stories. “You have the wrong page. For more Scandal follow @shondarhymes.”

Krystal later added in a post that she is just getting started on her journey after some fans criticised her for acting like she already made.

“There are people who genuinely believe that I have “arrived” but that’s only because they have no clue where I’m headed,” the 27-year-old TV presenter wrote. “I’ve been told it’s time for me to slow down and take it easy because I’ve made it…but nobody told them that I never allow strangers to set my standards. That’s an inside job.
In the famous words of Chef Noel “Wi a confuse di enemy!”.”

Her post was cosigned by Beenie Man who reposted her image and wrote “Queen.”