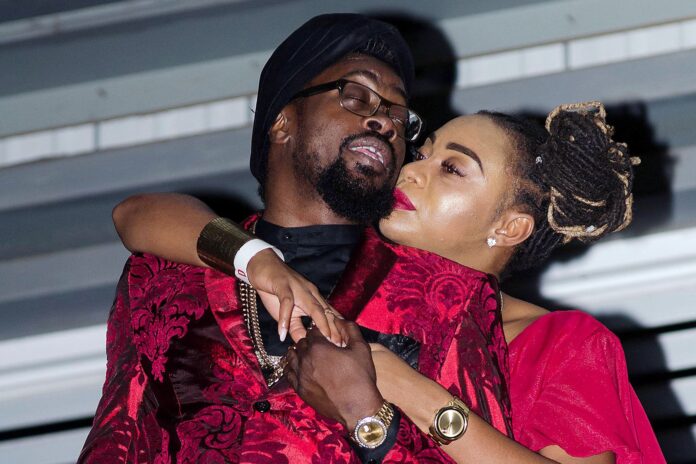 Krystal Tomlingson has announced that she and Dancehall superstar Beenie Man are no longer an item.

The politician dropped a bombshell earlier today as she took to Instagram to announce a breakup with longtime hubby Beenie Man.

The Peoples National Party stalwart made the big announcement via a touching poem on Instagram. According to Tomlinson, there is no animosity between herself and the Dancehall star, claiming they just grew apart.

“Five Years and folding. Part of growth is knowing when things have come to an end. Knowing not to force it. Knowing to let it be. Leaving while there is love and not waiting until it is dry, empty and full of animosity,” she wrote”

She continued saying, “Knowing to choose peace and trusting that all things work together for our good. I’ve remained silent for a while on this question not to keep a secret but to get clear, certain and centred.”

The news comes just months after it was rumored that their relationship was on the rocks. Last October the couple brushed break-up rumors after she posted a black and white picture of them kissing.

However, it seems there might have been some truth to fan speculation as the couple have decided to call it quits.

Fans have since flocked to social media reacting to the news, with some expressing shock while others questioned the timing.

“I dont know the story behind it but I was rooting for their love because you could see how happy she was and how she really changed somethings in that man life .. but damn,” one fan said.

Meanwhile, some fans seemed more critical of the timing of the announcement, claiming it was all too convenient.

“Why all of a sudden after the election all this ? Only God can tell me that she getting with him wasn’t politically motivated,” one fan declared.

St James Councillor Calls For The Ban Of ‘Gun Songs’