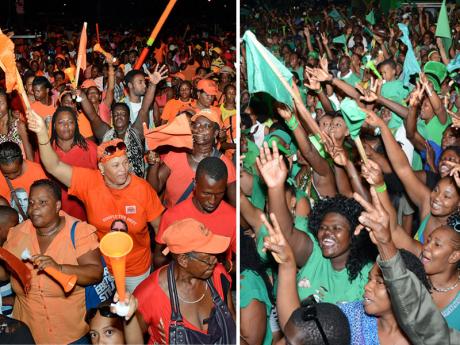 Political candidates from the The Jamaica Labour Party (JLP) and The People’s National Party (PNP) are flooding our social media feeds with dubplates.

On Thursday, Central Manchester MP, Peter Bunting sent social media into a frenzy when he quickly accepted a challenge posted on Twitter to secure a “Dumpling” dubplate from Stylo G.

Speaking with The Star, The PNP co-campaign director said that music is a “key part of the campaign season, and will play an even more important role this year given the COVID-related restrictions on mass gatherings”.

“Political parties will have to re-invent themselves and find creative ways of communicating their message and energising their supporters,” he added.

On Thursday night, State Minister in the Ministry of Industry, Commerce, Agriculture and Fisheries, Floyd Green rolled out his “Owna Lane” cut from Teejay.

Checkout other dubplates and viral videos below.