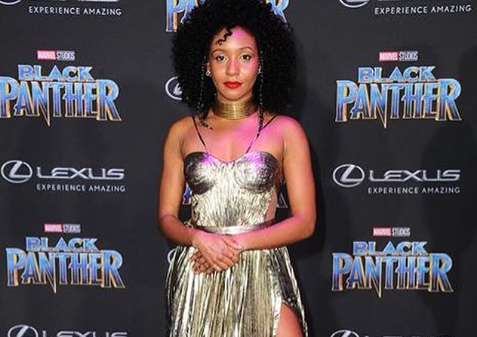 The Brazilian-born actress and singer-songwriter plays Tilda Johnson in her major screen debut. Her father, whose given name is James Chambers, also had his share of acting after starring in 1972 Jamaican crime film ‘The Harder They Come’ ‘

As a child, Nabiyah Be was introduced to music Cliff, whose given name is James Chambers. She has toured with her father as guest singer and backup singer.

Nabiyah has been backing vocalist for well-known Brazilian artistes Daniela Mercury and Carlinhos Brown. She developed her theatre chops in her homeland, working with the Os Bumburistas company on several stage projects.

Jimmy Cliff ‘Many Rivers To Cross’ Featured In Netflix’s Daredevil

‘Black Panther’ is based on the Marvel Comics character of the same name. It is directed by Ryan Coogler and is expected to break box office records, largely because of its portrayal of a black superhero.

The superhero movie earned $25.2 million from its Thursday preview screenings. It’s the second biggest for a Marvel Studios film behind “Avengers: Age of Ultron,” which earned $27.6 million in previews, and the best for the month of February.
‘Black Panther’ is now pacing to earn somewhere between $172 and $198 million across the four-day holiday weekend. It will far surpass the previous February record held by ‘Deadpool’ which took in $152.2 million in 2016.

Internationally, the film has grossed $47 million in its first three days with strong showings in the U.K. and Korea.