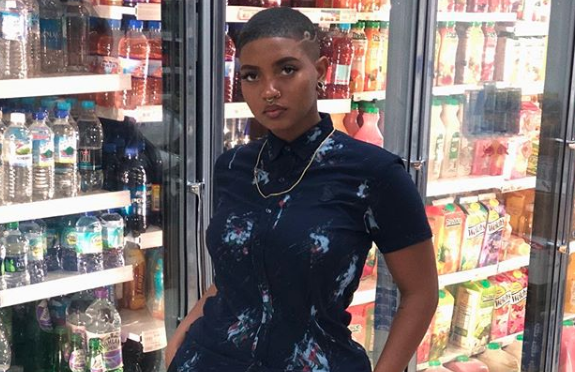 Jada Kingdom has clapped back at a fan for suggesting that she did cosmetic surgery.

The “Banana” singer was recently forced to clap back at a cheeky fan on Instagram who suggested that she had cosmetic surgery done on her body.

The incident all went down after the entertainer shared an article about a woman’s butt implants exploding to which the fan commented: “This soon reach you sis.”

However, the “Love Situation” crooner definitely had some time on her hands as she to promptly replied, “I’m all natural uncle,suh kindly guh s**k yuh madda? a yuh tongue soon explode!.”

Jada Kingdom Responds To Chozenn Hating On Her ‘Banana’ Challenge

The incident is not the first time the singer has had to defend her voluptuous figure as fans have made the suggestion in the past.

Jada Kingdom is currently enjoying the massive success of her new single “Banana,” which recently sparked an online challenge which saw fans coming up with their own versions of the sexually suggestive track.