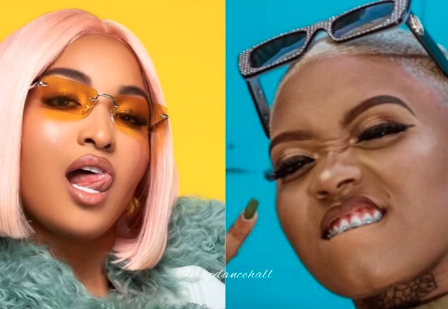 Seems like Jada Kingdom is the real number one trending gyal.

The Dancehall singer’s new Shenseea diss track ‘Shen-Heng’ is the number one trending song in Jamaica on YouTube.

Kingdom’s gritty track aimed at the Romeich Entertainment singer racked up over 360,000 views since its released on Monday, November 4.

“Anybody can f**k and dem nuh affi have nuh funds / She friendly and dump she will do it for the fun,” she continued. “Likkle Miss Chin affi get the Beng, Ding Dong could a send bout a dozen Yeng Yeng.”

How did Shenseea and Jada Kingdom reignited their beef?

Shenseea who went by the name ‘Shen-Saw’ over the weekend, was performing at the Red Bull Culture Clash Jamaica in Kingston when she dissed Jada and the Strike Force team.