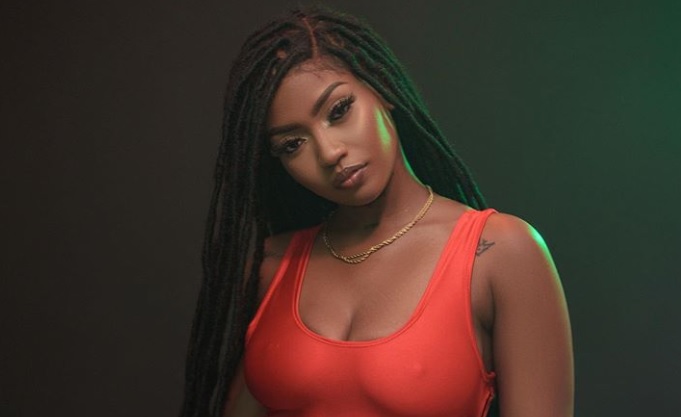 Jada Kingdom is being criticized for a tweet she posted, asking if Koffee is Jahmiel’s ‘Brother’.

On Wednesday July 29, the Dancehall singer asked the controversial question via the app, “Koffee and Jahmiel a bredda?”, hinting at the two could be brothers due to similarities in fashion sense and similar poses when taking photos.

Unfortunately, the tweet did not sit with social media users as the question received negative feedback as they said the “WiN” singer was ‘misgendering’ Koffee.

“Mi nuh know why Jada kingdom thought this was acceptable kmt she need fi guh rest,” one user wrote after sharing a screenshot of the tweet.”Jada kingdom is very fine but Jesas Christ when she open her mouth on this app,” another added.

“Jada kingdom disgust me. She hatessss criticism but go make such a statement bout Koffee? Koffee is a girl so how can they be brothers?,” the comments continued.